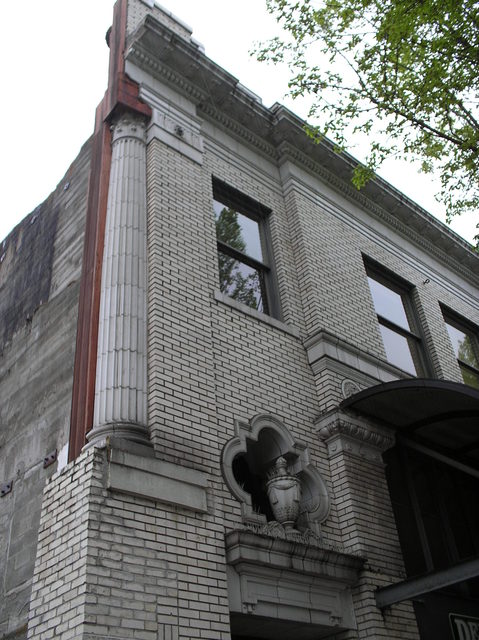 Corinthian pilaster which is the sole survivor of a row of them which ornamented the Capitol’s facade. To the right is the office and retail portion of the Capitol block, which wraps around the corner to the Right and continues until it abuts the Elsinore’s facade. 2007.