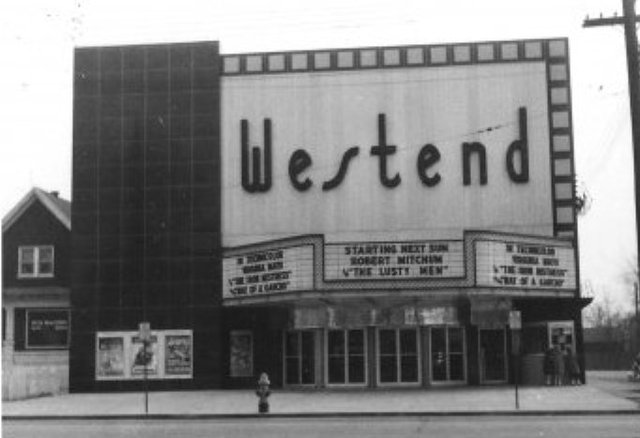 Opened on January 24, 1952, according to the February 2nd issue of Boxoffice Magazine that year. It was described as being on the south side of Broadway between 33rd and 34th Streets, but the exact address was not given. Total seating capacity of main floor and balcony was given as “approximately 1750.” The architects were Walter C. Wagner and Joseph H. Potts. The theatre was owned by M. Switow & Sons, described as a company operating “…approximately 24 indoor and outdoor theatres….” in the region.

Please, any photos? It was renamed Cinema West (I think) in the 70’s.

Apparently not one photo exists of this theater. This just kills me.

The Westend Theatre was at 3312 W. Broadway.