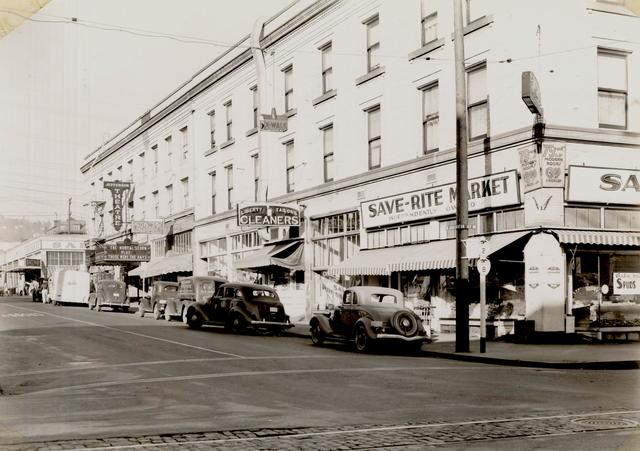 Originally a regular movie theatre operating prior to 1941 and into the 1950’s, its address was 1129 SW Jefferson Street. It became an adult theatre which operated in Portland for over 30 years. Saw my first adult movie there. The original entrance was sealed off and a new entrance created around the corner on SW 12th Avenue, using a former exit.