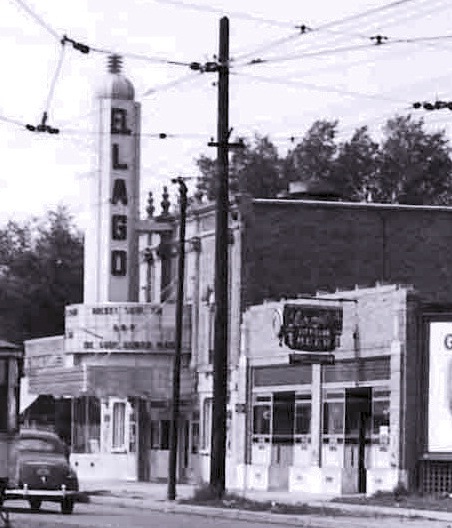 Opened in 1927, this Moorish style cinema is one of the few surviving cinema buildings along Minneapolis' Lake Street, once a hub of second run nabes.

Correction: This theater was known as the “El Lago.”

My mother managed The Oaks Bar, which was then located two or three storefronts to the left of the theater, from the late 1930s through 1940 or 1941.

According to this page from the University of Minnesota’s web site, the El Lago Theatre was built in 1927 and was designed by Ekman, Holm & Company. It underwent some remodeling in 1931, done by the same architectural firm.

The El Lago was operated by Henry Greene’s Lake Amusement Company, which also operated the Lake and East Lake theaters nearby.

A 2010 photo, when it was being used as a religious center