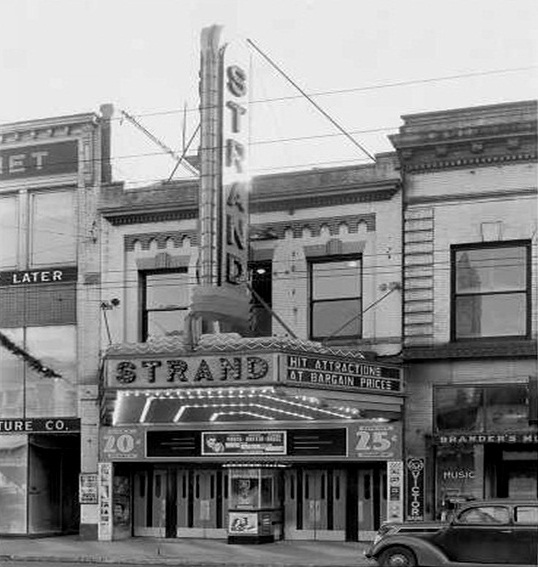 This web page about Duluth’s smaller theaters says that the Strand’s building was built in 1906 as a meat market, but had been converted to a movie theater by 1915. The house closed in 1951, then reopened as an adult theater twenty years later. The Strand closed for the last time in 1986, and the building remained vacant until it was demolished in 1998.

The final final close-up of the photo on this web page from the Duluth News Tribune archives shows the Strand’s sign and small attraction board. The movie advertised, The Other Tomorrow, was released in 1930.