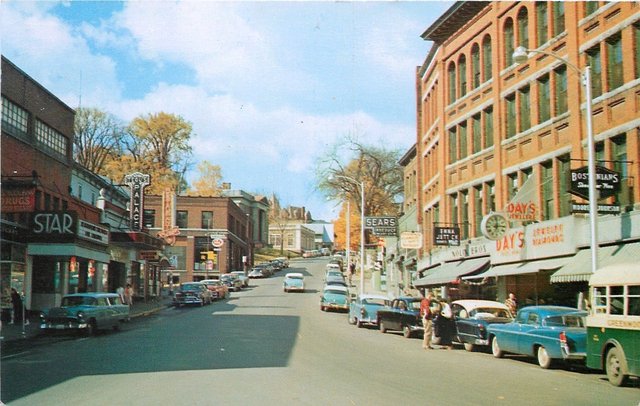 Cray’s Star Theatre was opened on December 1, 1926 with Conrad Nagel in “Tin Hats”. It was operated by Interstate Theatres Corporation of Boston, MA in the 1950’s and Toni Russo was the manager.

The Theatre Historical Society archive has the MGM Theatre Report for the Star; it’s Card # 593. Address is Eastern Avenue (no number given). There is an exterior photo taken March 1941. Condition is Good. It says the Star opened about 1915 and shows MGM films. There were 800 seats. Competing theater was the Palace, also on the same street. The 1940 population was 9,000.

Battling The Nearby Palace, The Star Theatre Opened On December 1st, 1926 With “Tin Hats” (A Metro-Goldwyn-Mayer Film). It Is First Known As “Cray’s Star Theatre” Before Shorten The Name To Just “Star Theatre” A Short Time Later During 1927.