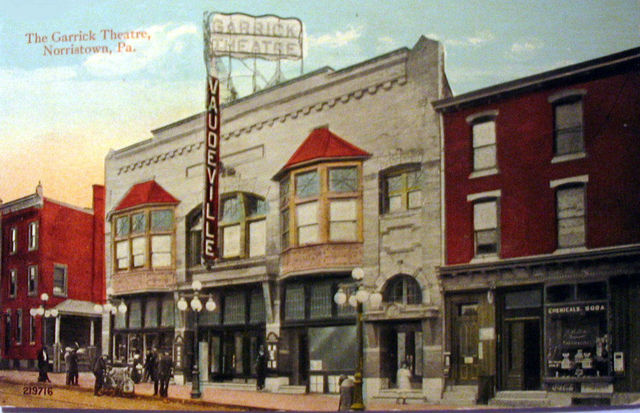 The Garrick Theatre was in operation prior to 1910 as a vaudeville house. It was owned and operated by the Sablosky family, who dominated the theater business in Norristown for decades.

An item in the April 25, 1950, issue of The Billboard noted that Dave Sablosky had announced his intention of closing the Garrick and Westmar Theatres. Upcoming pictures booked at the two houses would instead be shown at the Ridge Pike Drive-In at Conshohocken.

Thumbnails of two interior photos of the Garrick can be seen on this page at Philadelphia Architects and Buildings.