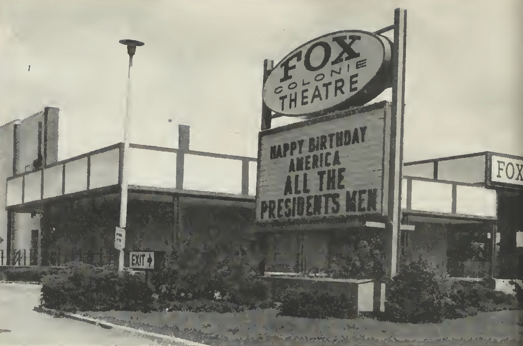 National General Theatres opened the Fox Colonie Theater on January 8, 1969. It was located on Wolf Road, across from the new Colonie Center shopping mall (Albany’s first), which had the Center Theatre built behind it. The Fox Colonie Theater featured gold drapes on the walls an a large, 986-seat auditorium behind a large lobby.

The theater was twinned in 1976, and closed in 1986. Later operators included Mann, RKO, and finally RKO Century Warner Theatres. It sat empty for many years, and was demolished around 1990 for a parking lot. A fast food restaurant has been built on the site recently.

Thanks for the ads,look great.something you don’t see much of anymore.