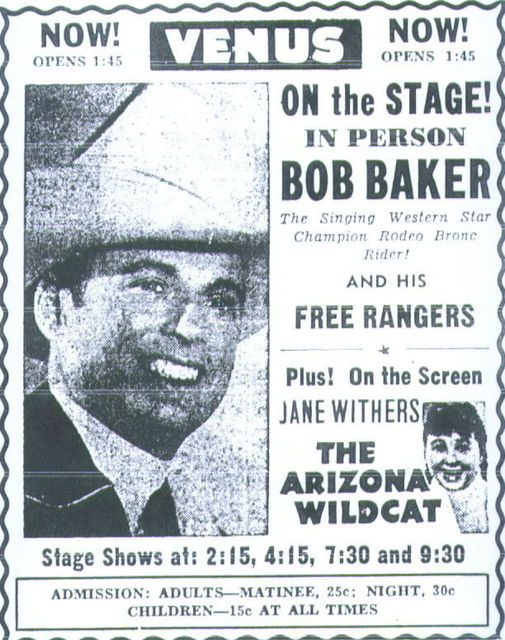 The Venus Theater is located on Hull Street in South Richmond, VA. It was opened on March 18, 1925 with Marion Davies in “Janice Meredith” (aka The Beautiful Rebel). It was equipped with a Robert-Morton 2-manual organ which was opened by organist W.M. Loeffler. In 1929 the organ was moved to the Bishop Theatre, Hoboken, NJ. The Venue Theater operated as a movie theater until 1961. Now gutted and incorporated into an apartment building within the last few years. The ground floor is retail, but up to now there has been no tenant.

Built in 1926, and showed movies till 1961, became retail, but don’t know how long it was abondaned before being bought in 1999 by Imani Community Development Corporation, Imani means faith in Swahilli, and the Development Corporation is affilated with the First Baptist Church of South Richmond. It is located in the Manchester Historic District, and Hull Street was like the second downtown. The Theater, a three-story mixed residential and commecial structure and two small single-story vacant retail structures have had had a $7.9 million “historic rehab” done to them making 68 apartments and first floor retail space.

It is a two story Classsical Revival-style building faced with cast stone and columns defining the bays. There is a stone horizontal superstructure with “VENUS” carved in the frieze and carved stone medillions below the cornice.

CT would welcome photos, past and present, inside and out, and more info.

A permit was issued for a theater to be built at 1414 Hull Street in 1924. Mrs. E. A. Thorpe commissioned the project, which was designed by architect Fred A. Bishop.

The Venus theatre opened on March 18th, 1925. Grand opening ad posted. It was closed by Neighborhood theatres in 1961. 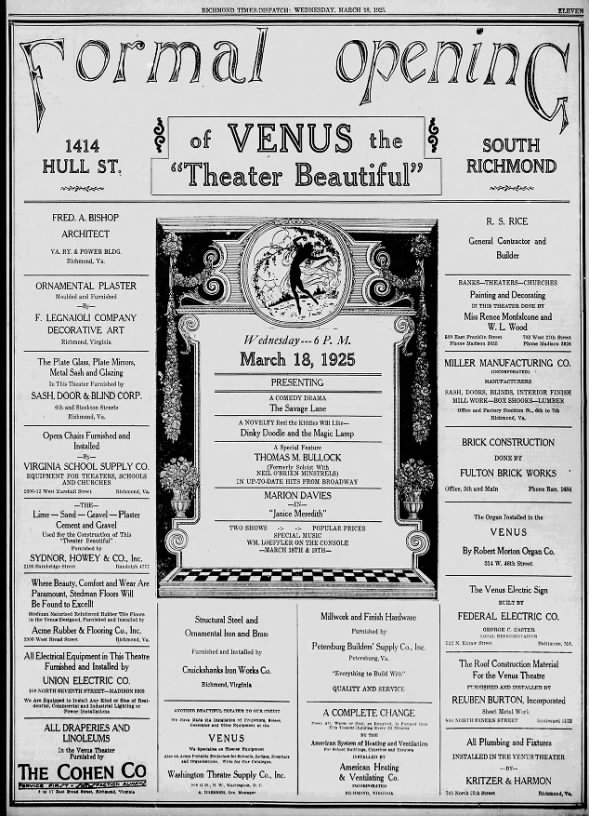 I see that the grand opening ad just posted confirms Fred A. Bishop as the architect of the Venus Theatre.