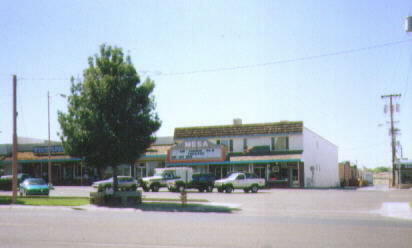 A small theater in a very small town.

Nice looking theatre,thanks for the picture.

According to their telephone they are open showing current attractions.

A note in the Aug. 10, 1961 Page Signal mentioned that the Mesa was owned by Stan Dewsnup at that point, and that it seated 620.