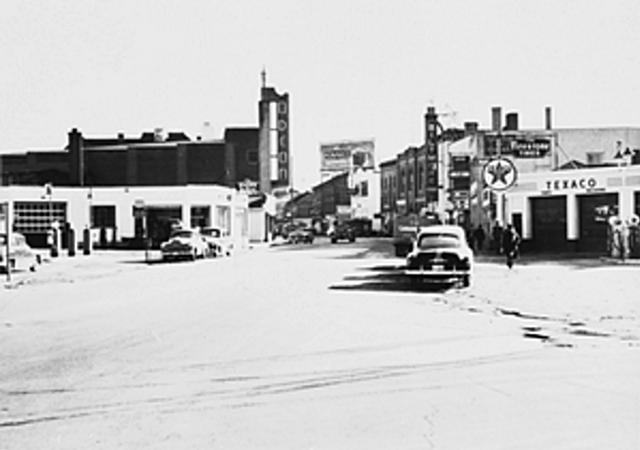 At opening on December 12, 1941 with Bud Abbott & Lou Costello in Keep ‘em Flying", the Odeon Theatre gave Kingston’s population of 35,000 one of the finest cinemas in Ontario, according to a report in the 1942 Film Daily Year Book. The Odeon Theatre was also claimed to be the first theatre in Canada to have an interior in the so-called "Modern Baroque" style. Kaplan & Sprachman were the architects.

Located on Kingston’s main street, the Odeon had a "V" shaped marquee and a vertical sign that rose 60 feet above the sidewalk. The façade was faced with dark terra cotta Macotta over the entrance. The lobby had black Vitrolite walls, with the entire ceiling sanded in white opal glass.

Auditorium walls were of gold damask with black velour near the stage. The ceiling, of smooth painted plaster, was in pink red, white, gold and blue. Sweeping plaster curves tied in walls and ceiling. Plaster and glass fixtures added to the illusion of baroque fantasy. The balcony floor had seating for 280, and also contained a lounge and restrooms.

At time of opening, the Kingston Odeon was one of about 70 theatres operated by the Odeon circuit throughout Canada. It was closed September 2, 1990. 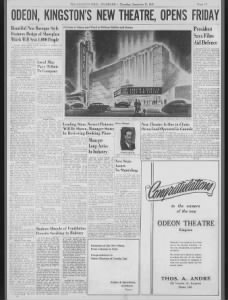 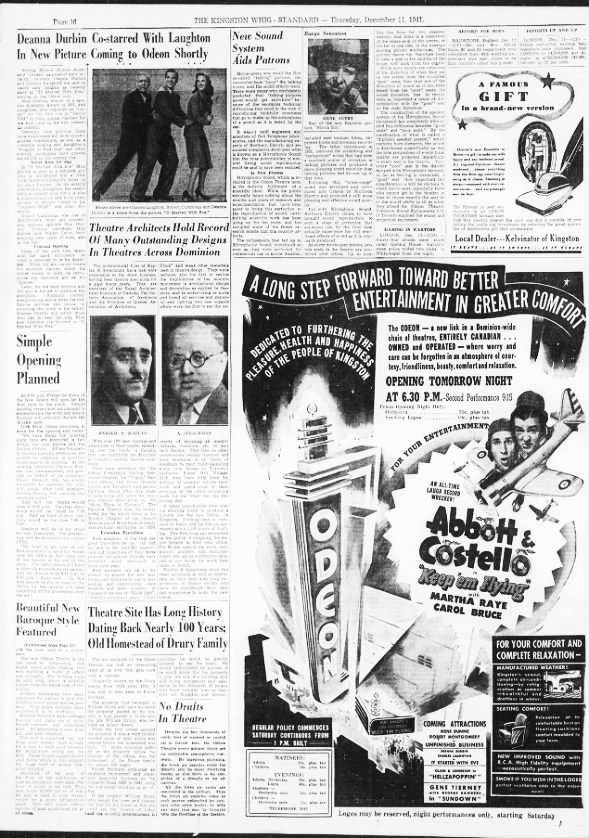