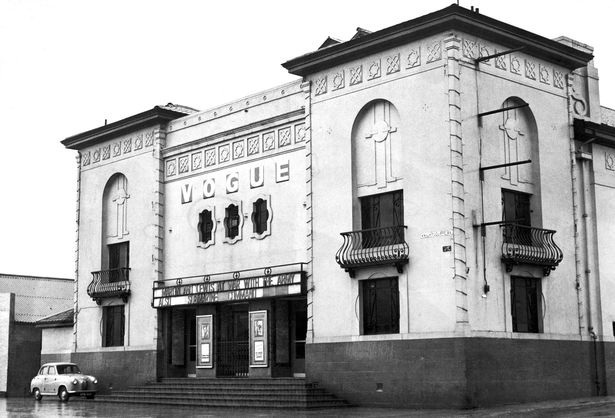 Located on the Knightswood housing estate on the western fringe of Glasgow, the Boulevard Picture House was Glasgow’s first and most elaborate ‘Atmospheric’ style cinema. Both externally and internally it would not have looked out of place in Southern Spain. Described as a Spanish-American style Atmospheric, the interior was an Andalusian courtyard with surrounding walls containing balconies and exotic buildings with stained glass windows. The ceiling had twinkling ‘stars’. The projection box was located at the rear of the stalls under the circle.

Designed by noted architect William Beresford Inglis, it opened on 10th December 1928 for North British Theatres Ltd. which was Inglis’s own company. The seating capacity was 1,140 in stalls and circle.

From 3rd November 1938 it was sold to Singleton Cinemas Ltd. In 1938 it was closed for a modernisation which basically swept away all the internal decorations and a new sleek interior was designed by James McKissack. It re-opened in February 1939 as the Vogue Cinema. The seating capacity was increased to 1,470.

Closed on 1st June 1959, the sign on the canopy read ‘Closed for Decoration’, but it never re-opened. It was demolished in 1960 and the site became a car park for a B&Q store which has since closed and the land has now been totally re-developed.

A vintage photograph from the archives of the Cinema Theatre Association:
View link