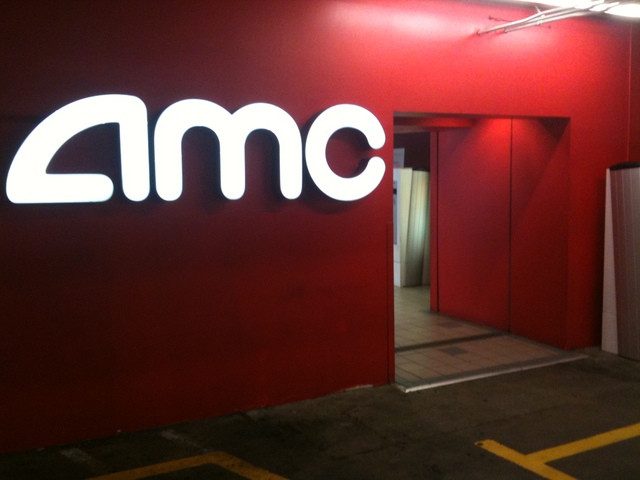 AMC’s new ETX large format auditorium has been installed in this theatre. I haven’t been here since it opened so I don’t know which floor it’s on. I would assume it’s on the 3rd floor since the IMAX is on the 1st floor.

They have finished the conversion to all digital now.

ETX is on the 3rd floor. It’s an IMAX'esque unmaked full screen with speakers on the sides, back and CELING (!!!) of the auditorium. Widescreen shot films sit dead center of the screen ala IMAX, too.

Added pics from a visit today.

I attended opening night at the AMC 15 Century City in 2005, King Kong with Jack Black was showing that night. The theater is the flagship of the AMC chain and, as such, has incredible technology and a unique and grand entry design that’s quite impressive and very Hollywood.

The large auditoriums are the best to see a popcorn movie, screens are huge and sound is incredible. Unfortunately, staff are not very well trained, incompetent and apathetic are better adjectives. Often, there is not an adult to be seen managing the place. Prices are outrageous but this is the Beverly Hills area and Century City Mall was recently completely renovated at a cost of more than a BILLION dollars.

The AMC 15 Theater itself was not remodeled but has recently added new technology to a couple of its auditoriums. Nice, but there are substantial up-charges to these auditoriums, prices are in excess of $20. Yes, prices are high unless you have an AMC card that allows you to see any three movies a week for $25 a month; that’s a deal. The card also provides credits and discounts for the concession stand where a large popcorn is regularly $9, but refills are free.

LA is a movie theater aficionado’s paradise with a number of great drive-ins and movie palaces remaining, such as the Chinese Theater and the Westwood Fox still showing movies. Also still existing are a number of the grand movie palaces of Downtown LA, such as the Orpheum, the Los Angeles, the Palace, the Loew’s State, the Million Dollar, the Warner, and others. These theaters no longer show movies, except on special occasions such as the wonderful Last Remaining Seats series each summer. Imagine seeing Charles Laughton in the silent version of The Hunchback of Notre Dame with a full orchestra and a Mighty Wurlitzer organ in the fully renovated, as new, Orpheum movie palace. Wow!

The downtown Warner still exists, but as a jewelry mart so there’s no Last Remaining Seats movies there. The United Artists is the other downtown palace that ought to be included in your fine short list of ones to experience a movie at a special event. And El Capitan should be added to your short list that includes the Chinese and Westwood Fox for movies.

Which Westwood Fox would that be? The Bruin or Ths Village both on Broxton? Just curious…🤣🤣😁

The Bruin is great, but the Village is palatial.