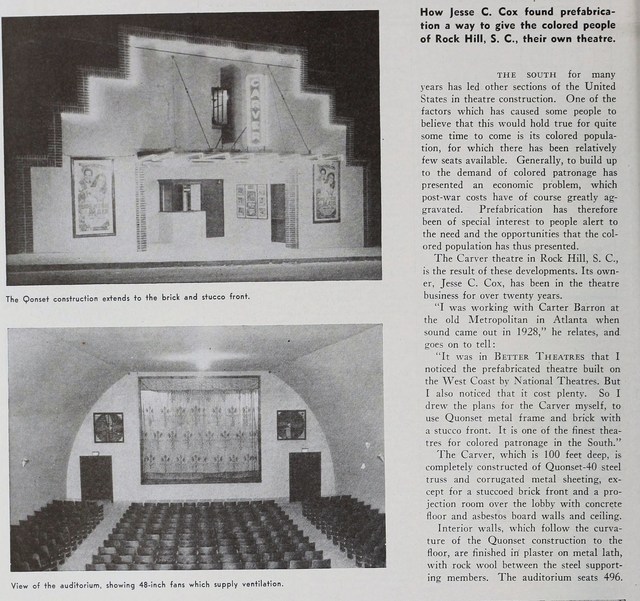 The Carver Theatre was opened June 2, 1947 with Paul Henreid in “The Spanish Main”. It operated as an African-American theatre. Historically, it was where the black community could go to see the latest movies in the city of Rock Hill, SC. It was closed in 1971.

Later turned into a pool hall.

The 494-seat Carver Theatre opened on June 2, 1947 as an African American Quonset Hut styled venue designed by owner Jesse C. Cox. The $60,000 project had been announced at the first of the year as the Lincoln Theatre by Rock Hill Theatres Inc. before settling on the Carver. Images in Photos section. In 1953, the Carver brought suit against the major film distributors over lack of access to top feature films. In 1957, the case finally made it to federal court. In 1961, a jury awarded treble damages to the Carver in the case but awarded just $12,000. The theatre eventually closed and was demolished. 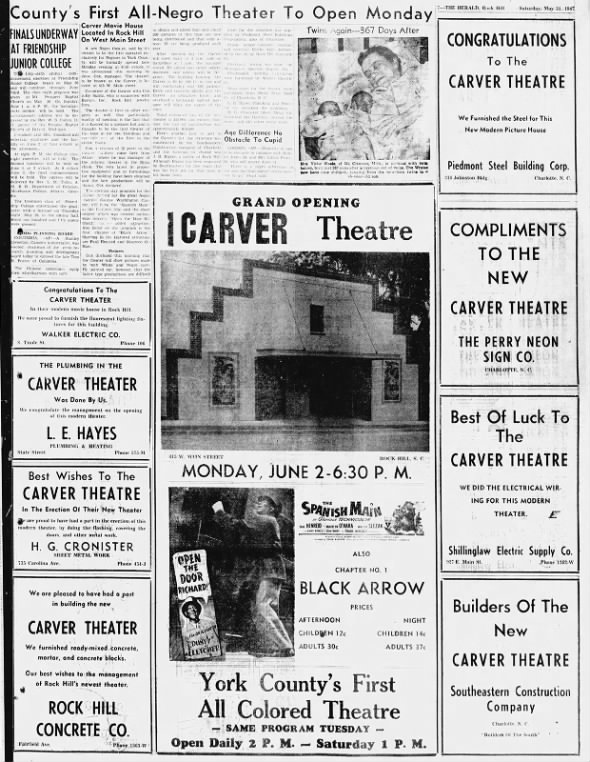