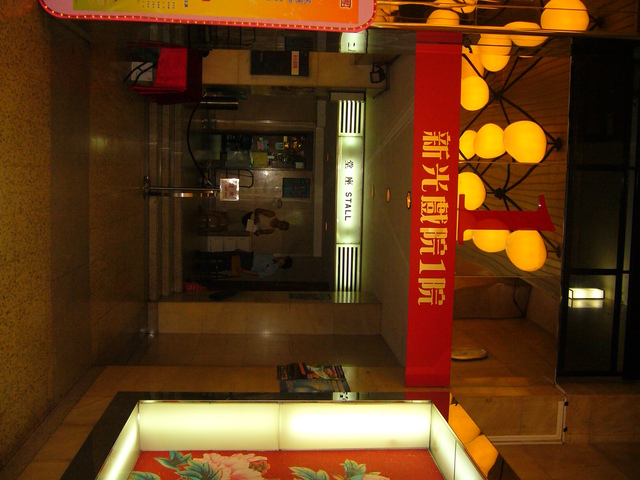 The Sunbeam Theatre is in the North Point district on the Hong Kong Island. It opened to business on 16th September, 1972 with a Mandarin narrated archaeological documentary.

Its spacious lobby and auditorium are on the ground floor of the theatre building. The stalls section is stadium seating, and the projector room is in the rear of the stalls.

It showed selected Chinese dialect and English language films while no Chinese operas or Mandarin variety shows were performed.

The Sunbeam Theatre is the last private theatre in Hong Kong for stage performances. After its current lease contract expires, its future as a theatre is uncertain. It was set to close on 19th February 2012, but was reprieved.

The 1,033-seat Sunbeam Theatre continues as a live theatre, and the balcony was converted into a 108-seat cinema which opened on 11th February 2018 as the Super 3 Cinema

The lease of the Sunbeam Theatre is reportedly extended for three years.

The contract of the theatre expires in 2012.

The theatre will be closed in March 2012.

Latest news is that Sunbeam has been saved for 4 years. The rent is now HK$1m (US$129k) a month but I am not sure if they can keep the business up with such a high rent.

The seating capacity of the Sunbeam Theatre is 1033.

The Chinese name of the stalls section of the Sunbeam Theatre is 新光戲院大劇場.