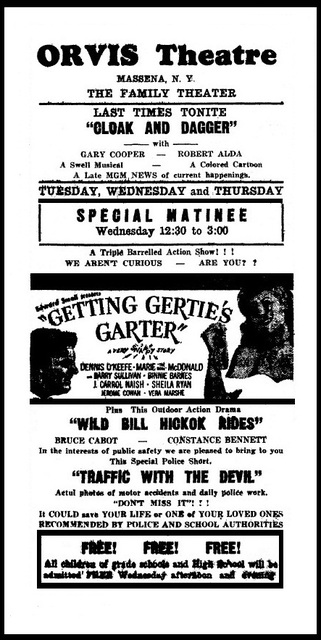 This was ,I believe,the smallest of Massena’s 3 theaters and very much a neighborhood theater. On a very snowy New Years Eve in the early 50’s my parents and I saw a Blondie and Dagwood film there, at the East Orvis St theater. It was nice inside and the black and white film projected very Splendidly on the screen. That film franchise never gets old, the comedy is timeless. I miss these little show palaces like The Orvis. Ray R. Charlotte, NC. , formerly of Winthrop NY