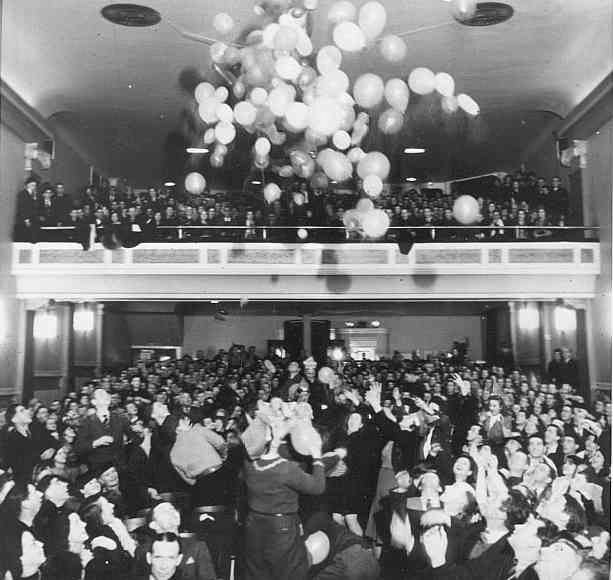 The building that housed the King Square Cinema was built in 1877 as a furniture factory and showroom. Around 1906 part of this three story building was converted for use as a movie theatre called the Unique Cinema.

In 1931 the Unique Cinema was renamed the Strand Theatre. In 1966 the name was changed again to the Odeon Theatre. In 1984 the theatre was sold and the new owners renamed it the King Square Cinema. This theatre closed in 1996.

There is a picture of the King Square Cinema on this page (scroll down to see it). It apparently closed as a twin.

I was up visiting Saint John and saw it’s sad state but, interestingly it was neat to see that all the old coming attraction signs were still standing and the marquee was still in Great shape. I’m wandering what the inside would like now and hopefully they don’t demolish but, make something of it.

Kings Square cinemas is in a different Location Not Charlotte street

Its in the same building that the paramount was

The King Square Cinema on Charlotte Street should be listed as demolished because there’s now a parking lot on the former theatre site beside the buildings that it used to be next door to.

Wish the above picture was clearer.

Some of the comments here (including one of mine) inadvertently led to some posted misinformation here concerning this particular theater, though it is easy to see how things got a bit confused. The picture that I posted on November 14, 2009 and the one posted by Gerald A. DeLuca are not of the King Square Cinema (which was located on Charlotte Street and has been demolished). They are of the almost identically named King Square Cinemas that has a separate entry here on CT and faces Kings Square on its north side. That theater still stands as of 2012 though closed.

This page has pictures of this theater both as the Unique and the Kings Square.