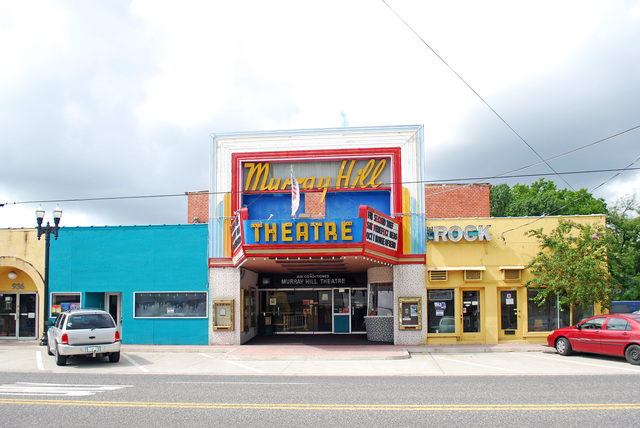 I attended movies in the Murray Hill many times as a child, and always enjoyed this neighborhood theatre. I remember a small stage with the curtains pinned back against the surrounding wall.

Boxoffice of January 8, 1949, said that work had begun on a new theater in the Murray Hill district of Jacksonville. The architect was William Marshall. The caption of a photo of the Murray H ill Theatre on this web page also attributes the design to Marshall.

This is the theater’s web site, which says that the current operation is celebrating its 14th anniversary.

This is now open as an concert hall according to the official website.