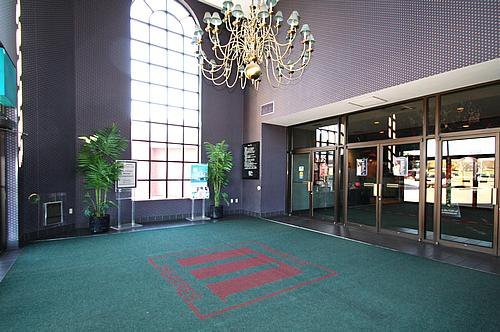 This theater, located in eastern Madison, WI, has the style of an old 1970’s movie house with all the trappings of a modern multiplex. The employees wear tuxedos, and each screen has a classic theater name, like Rialto etc. All screens have stadium seating. A lot of effort clearly went into the design and its a nice spin on the suburban multiplex. It was opened on December 9, 1983 as a quad. In late-December 1985 it became a sixplex. On June 29, 1988 it became a 10-screen theater.

Marcus Theaters have announced that they are looking at a different location for this theater complex in Sun Prairie, WI, about 2 miles northeast of the previous site announced.

The trend seems to be toward multi-venue entertainment destinations. This new proposal is similar to Marcus' Majestic recently opened in Brookfield, WI.

I worked at this theatre for 4 years… let me clear up at least one obvious misconception. NO part of this building is only 10 years old anymore except the front facade. The original 4 screens were built in 1984 (Palace, Roxy, Ritz and Rialto). Shortly thereafter, the next 2 screens were built (Odeon and Bijou). Still in the 80s, the final four theatres down that wing were added, along with an additional vending stand and advance ticket office.

Into the early 90s I believe, the addition was built to create the right hallway and the next four theatres were built, along with the island-style concession stand and “larger” lobby and box office that included an additional set of restrooms. It was a 14-plex when I started and the first project completed was the stadium seating retrofit, which took down two auditoriums at a time and lasted about a year or so. This significantly decreased seating, as our largest (Palace) went from 455 capacity to just over 300. In 1998 or so, the final two auditoriums were built and named Orpheum and Majestic as a tribute to the remaining movie palaces left in Madison. These auditoriums are THX certified, back when people cared about that. Now I believe they have the capability to run digital cinema and interlock for film. At that point the outer building was painted from orange to the current pink color to recreate some art-deco styling.

The theatre has it’s charm I guess… you can still see an exterior wall in one of the old storage rooms and it seems much larger than it is because all the auditoriums are on one side of the hallway. It definitely lacks the large, airy feeling of newer multiplexes. However, Marcus stopped putting any real money into this building years ago. People accept it because there are no other real options on that side of Madison. Personally, I find the seats in the original 14 auditoriums unbearable and in the newer two only marginally better. Besides the facade, I’m pretty sure NOTHING has changed about this building in 10 years, regardless of need.

Also, this theatre used to have 70mm capability in the Palace, which was removed as part of the stadium seating retrofit. And I’m pretty sure the projectors are the original ones from when each auditorium was built! :)

My wife and I went to this theater last night and had a very pleasant surprise. Prior to the movie’s starting, a live announcement came on. It was the manager advising everyone not to use cell phones, smart phones, etc. during the movie. He said that if this happened, the offenders would be removed. He added that during the movie, an usher would be observing for any infractions of this rule. Of course, everyone applauded this.

Sure enough, a very tall and wide-shouldered young man in an usher’s uniform occasionally came in and stood quietly at the back of the auditorium.

I’m not sure if this is a general policy of Marcus Theaters or just in effect at this complex. Most welcome, for sure.

On Friday, May 2, Marcus announced the breaking of ground for the new theater complex in nearby Sun Prairie. This should mean the end for the Eastgate once the new complex is open.

The “For Sale” signs have gone up on this property. There are no films scheduled at the Eastgate on the Marcus website after Tuesday, April 28, 2015, which appears to be the closing date. As the Palace in Sun Prairie is scheduled to open 2 days later, they will probably use that time to transfer equipment to the new theatre.