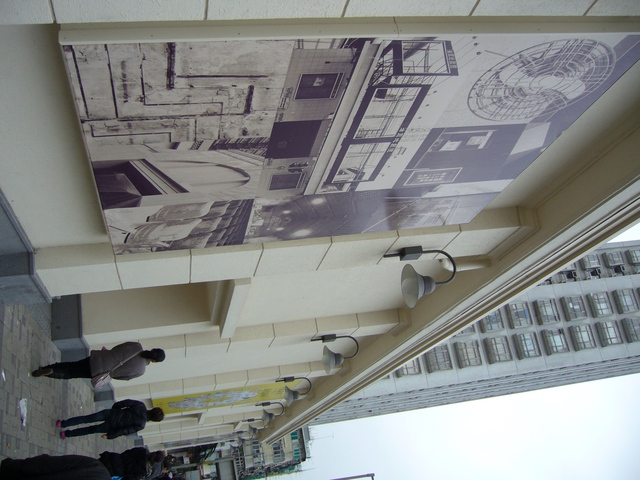 The Yau Ma Tei Theatre is the only pre-World War II theatre building remaining in Hong Kong. It is situated in the Yaumati district on the Kowloon side of Hong Kong. The theatre opened to business on 14th June, 1930 with 980 seats. For the first year of operation it operated as a silent cinema. It screened its first sound film on 15th June 1931, a Chinese film “A Mysterious Murder”. Before the outbreak of war on 8th December, 1941, it showed Chinese dialect and selected English language films.

During the war years, only films censored by the Japanese Army could be shown. After the suspension of electricity on 20th August, 1944, the theatre closed its doors.

The Yau Ma Tei Theatre reopened after the end of World War II on 21st November 1945 with the Hong Kong film “The Fantastic Knight, which was made in 1940. In the 1950’s, the theatre was managed by Shaw and Sons Limited. It was a neighbourhood cinema, and showed first run Chinese dialect and selected English films until 1987. From 1988 until its closure on 31th July, 1998, it showed pornographic films.

The Yau Ma Tei Theatre was classified as a ‘Grade II Building’ by the Hong Kong Government. From a press release issued by the Government on 18th April, 2007: “The government is planning to convert the former Yau Ma Tei Theatre into a Cantonese opera centre, and the project concerned is expected to commence in 2008 for completion in 2012”. The Yau Ma Tei theatre re-opened on 17th July 2012, now with a reduced seating capacity for 300.

corrected now… it took me minutes to drive Google earth from Kowloon Tong to Yaumati.

According to one source, the theatre will be re-opened in 2012 after extensive renovation as a Cantonese opera theatre.

The renovation of the theatre has been completed and will be officially opened in July, 2012 as a Cantonese opera theatre.

According to an article published by the Chinese language newspaper Ming Pao on 22nd April,2012, the exact opening date of the theatre should be 21st June,1930.

Just found a document for the theatre during the renovation project. http://www.amo.gov.hk/form/YMTT_RBB_HIA%20Report.pdf

For those who are not familiar with Hong Kong, this is a great reading, not only about the history of this cinema but also some background about the culture of the city. Fascinating.

After extensive renovation, the theatre officially re-opened on 17th July, 2012 as a Cantonese opera live theatre.

The first film shown at the theatre was Fine Manners.