Previously operated by: Clavering and Rose 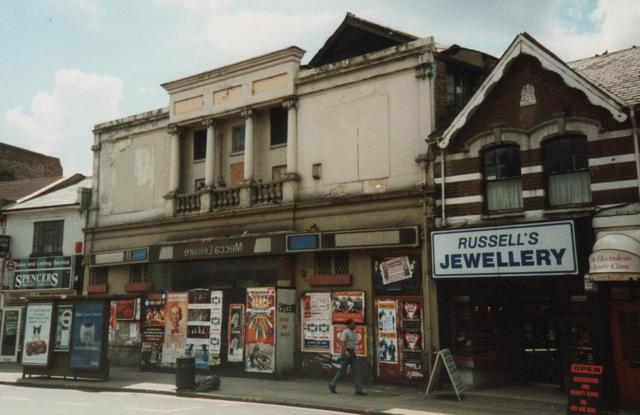 Located in the northeast London district of Walthamstow. The Scala Cinema opened in September 1913 and it was built by and operated by Good Brothers, a local builders merchants who operated several cinemas in the area. Although it was physically located in Walthamstow, it was close to the old Borough boundry with Leyton at the Bakers Arms pub and usually advertised itself as being located in Leyton. Seating was provided in stalls and circle levels.

Re-named the Cameo Cinema from 26th January 1961 it closed exactly two years later on 26th January 1963 with the double bill programme "House of Frankenstein" and "House of Dracula". The building was converted into a Mecca Bingo Club and this operated until September 1986.

The building was then boarded up and left derelict for 18 years until it was taken over by a church in 2004. They began a slow process of renovation and restoration which seemed to be never ending. Scaffold covered the facade of the building for over two years and a mysterious fire within the building did some damage.

In March 2006 the building was given a Grade II Listed status. In August 2007 the Kingsway International Christian Centre had completed the restoration and it now looks splendid!

The newly restored former Plaza Cinema building which I photographed in August 2007:
http://flickr.com/photos/kencta/1275756559/