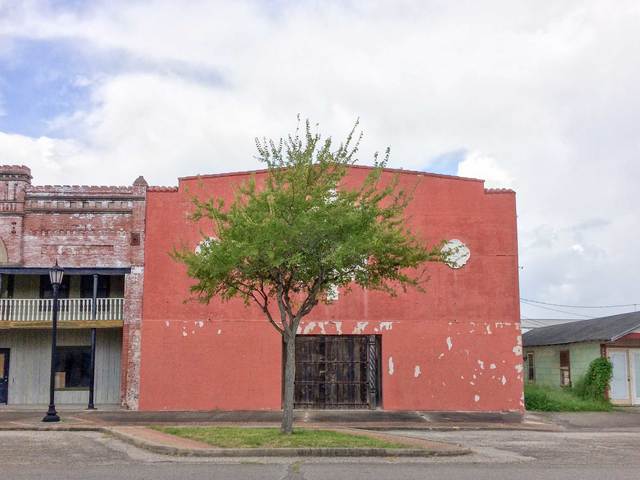 Does anyone have information about Refugio’s “Rancho Drive-in”? I have interviewed the locals and I have a general idea of the location, without any historical imagery or top maps to verify exactly.

I do know that Video Independent Theaters operated it, at least at one point. Also……

Aug 15, 1953 Billboard Magazine…..“As part of the third anniversary celebration of the Rancho Drive-in, Refugio, Tex., Marvin Gollehon, manager, admitted each car, regardless of how many there were in it, at the special price of 50 cents….”

I’m still curious about the location of The Rancho drive-in.

The Rialto was opened in 1931. The May 5 issue of Motion Picture Times said that “Young and Baumgarten are building a handsome theatre structure in Refugio, Texas. Hall Industries will do the buying, it is said.”

On June 2, the same journal said “Carl Baumgarten opens the Rialto at Refugio, Texas, about July 1. Seats 452. Four programs will be used weekly. Henry Hall, of Beeville, is the buyer.”

The June 16 MPT continued with the news that “[c]omplete equipment, including chairs, Simplex projectors, Peerless lamps, Silversheet sound screen and Hertner generator has just been delivered to the new Rialto Theatre, Refugio, Texas.”

The Rialto’s predecessor was a house called the Majestic Theatre. The Majestic, opened in late 1916, was on a list of theaters that had been abandoned or dismantled during the previous year that was published in the January 1, 1932 Motion Picture Times.

The Majestic itself was preceded by another house, listed in the 1914-1915 American Motion Picture Directory as the Fidelity Theatre.

The Rialto launched for Henry Hall and Hall Industries on July 19, 1931 with Richard Arlen in “The Secret Call” supported by a Paramount newsreel and the short, “Bare Knees” starring Daphne Pollard (see ad in Photos). It was said to have been the town’s first ever new-build facilities for motion pictures and replaced the Majestic Theatre.