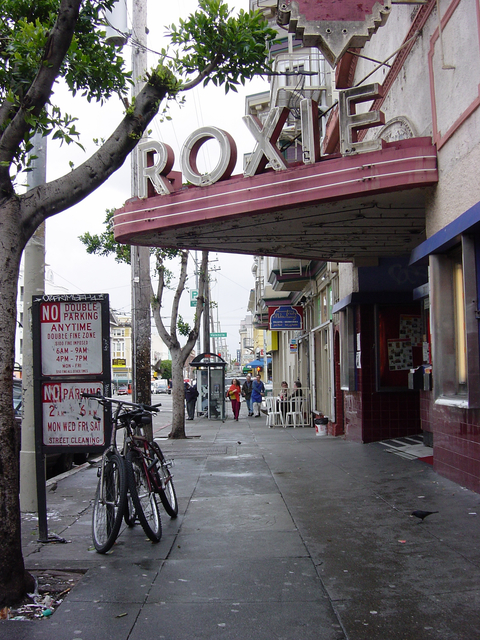 Opened in 1912 as the Poppy Theatre by local jeweler Philip H. Doll. During its early years, the theater was also known as the Rex Theatre, Gem Theatre, and Gaiety Theatre.

This small movie house was remodeled in 1932 and reopened as the Roxie Cinema with 300 seats.

According to the official page, the seating capacity for the main auditorium is 238.

The great old Roxie Theatre, been to this movie house several times and took my kids there to. A venue to watch S.F. IndyFest, independent and shorts films. It was used by the Film Arts Foundation (FAF) back in the day (fused with another film group), had one of my films I produced and Michael Hankinson directed “Heart of the Warriors” showcased at this theatre. It’s small and old but it has a lot of spirit and history to go with it. The little theater that’s been around since 1909 and gone through some incredible adventures and now surviving off independent film and a Comedy Club. The Roxie- http://roxie.com/events/toc.cfm

One way to keep a 108 year old theater continuously open is to think outside the box for new avenues of income and ways to stay afloat. This was in today’s SFChronicle:

Roxie Cinema appered(outside and inside) in an episode of Mytnbusters(season 10), Laws of Attraction(Money talks section).

New seats have been installed in this theatre just in time to host the 24th SF IndieFest, being held at the Roxie and also films will be offered online. Festival starts Feb 3rd