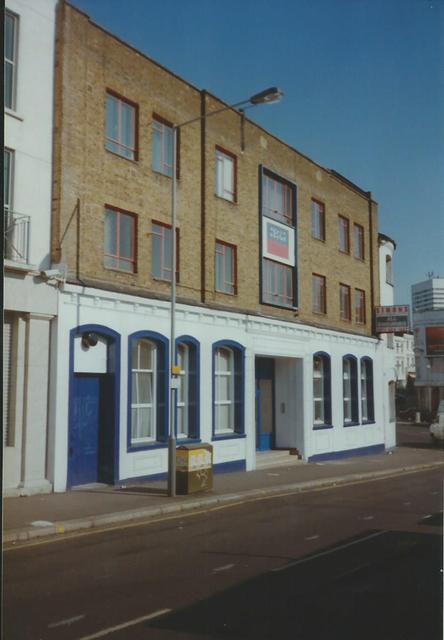 Located in the northwest London district of Kilburn. Originally constructed in 1888 as the privately owned Kilburn Town Hall (a local community building, not a civic building). In 1899 it was reconstructed to the designs of Palgrove & Co. and was known as the Kilburn Theatre Royal.

Films began to be screened from 2nd August 1909 operated by Kilburn Picture Palace Ltd. The seating capacity was 514 and by 1916 alterations were made to increase the seating capacity to 1,775 when it was under the ownership of Joseph Clavering.

During the 1920’s it came under the ownership of Charles Gulliver, proprietor of the nearby Kilburn Empire Music Hall. United Picture Theatres Ltd took control in January 1928 and they were taken over by Gaumont British Theatres Ltd. in July 1930. Gaumont closed the Picture Palace in late-1940 due to war conditions, and possibly as a rationalisation by Gaumont who already operated the huge Gaumont State Theatre and Grange Cinema in the area. They also closed down the nearby Maida Vale Picture House at the same time.

The building remained derelict until the late-1940’s when it was converted into a function hall and rooms. By 1953 it had become Shannon’s Nightclub, which was followed lastly by a period as warehouse use. The auditorium block was partially demolished and Decca Recordings Ltd. occupied the site, which they still do today. The frontage of the building remains, although with much of the original decorative details having been removed.