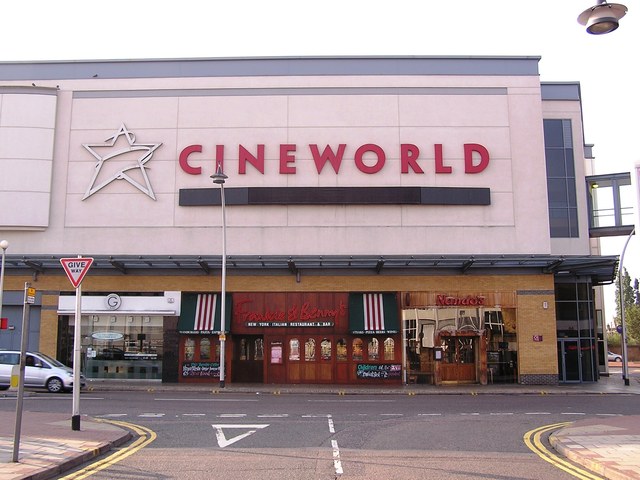 The Cineworld Cinema - Ilford opened on 3rd May 2002. It is located in the I-Scene Leisure Complex.

This cinema has 14 screens I believe, and I’ve only been to it a few times. I do not live far from the building, and the first film I saw here was Star Wars Episode 2 Attack of the Clones. It was a new building at the time, and Star Wars was shown on the biggest screen. The problem is that the few times I have been there, I have not sensed any excitement from the audiences or even the theatre managers.
Just before this complex opened my workplace, a disability charity iin the area received an invite to its opening. Me and my colleagues didn’t have time to attend but I think we all saw films here in the following weeks, and it was convenient to stop by and cathc a film before the long sprint home (we all lived local you see).
In any case, the area is populated, the people seem to be a little wealthier and there ain’t much to do other than window shopping or visiting friends who want to get out and about. The cinema sure will last as long as the digital age doesn’t wipe all public spaces off the face of the earth. It is not necessarily the type of ciema I usually go for, and leaking history, it is clean and air conditioned, fairly quiet and in a populated shopping area. a really cool library is pretty much next door to it.