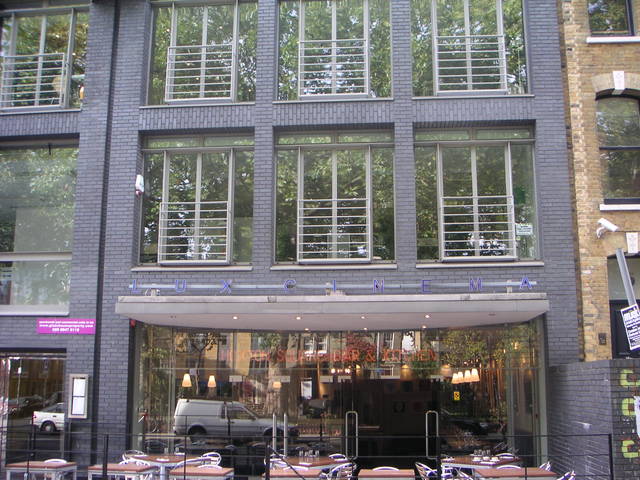 Located in the north London inner-city district of Hoxton. This was a conversion of a new building by the architectural firm; Burrell, Foley & Fischer. The interior space was designed specifically for the London Filmakers' Co-operative. Programming was a mix of experimental and independent films. It opened in Autumn 1997.

During the re-furbishment of the Rio Cinema, Dalston the Lux Cinema took over some of their programming to keep more mainstream films in the area. Upstairs from the cinema was a small art gallery.

The Lux Cinema was suddenly closed on 2nd October 2001 and after laying unused for a while now has a restaurant occupying the space.

The marquee still has the name of the theater:
http://tinyurl.com/d5yotu