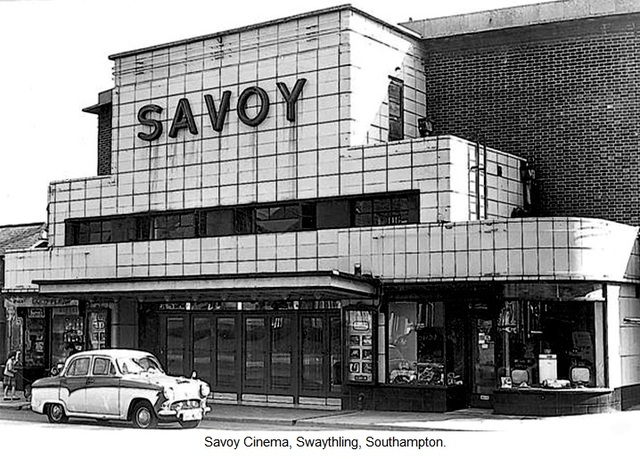 During the pre-war building boom of houses of entertainment, the Southampton suburb of Swaythling also had their big day. The Deputy Mayor, Councillor Prince, opened this brick and cream tile fronted cinema on 10th November 1938. It was designed by Colin Farmer and built for owner Louis Zeid. Attendees in this rather large district cinema were treated to a Bette Davis masterpiece "Jezabel" on November 10th, 1938.

Years later, seating was reduced from 1,505 to just over one thousand but attendance fell to an all-time-low, forcing closure 0n 28th March 1959. The last screening was David Lean’s all-time epic "Bridge on the River Kwai.

Following demolition, the new "Savoy Mansions" was planned for housing on the site, but it was not to be, and so, a new garage was built instead.