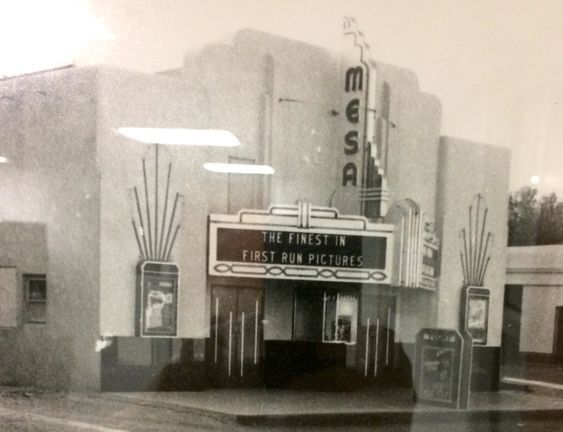 The Mesa Theatre was opened on June 11, 1936 with Joan Blondell in “Sons o' Guns”. According to the Victorville Daily Press, Jack Baldock and his company, Western Amusements, operated this theatre at one time. Baldock, a community leader, also operated two other theatres and two drive-Ins in Victorville at different times. The Mesa Theatre was closed on May 24, 1953.

The site today is the vacant lot next door to the Green Spot Motel, in itself an iconic Route 66 attraction. When in town be sure and check out the Route 66 Museum at 16825 D Street for some local movie theatre memorabilia.