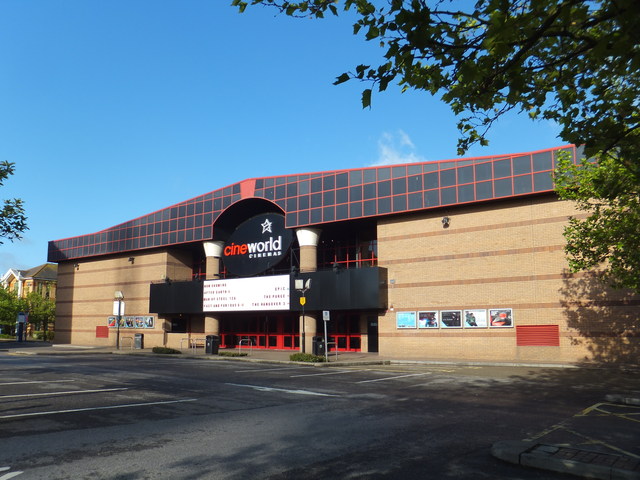 Located in the nautical area of Southampton’s Ocean Village, this sprawling new late-1980’s complex, with five various sized auditoriums, comprise a total of 1,650 luxurious seats. The foyer is surrounded by the cinemas which provide all of the latest film releases yet caters to children for special Saturday morning movies.

The cinemas originally opened on 21st July 1989 under the baton of England’s giant Cannon Cinemas chain, who once controlled the ABC Forum Cinema on High Street, Southampton -now a pub type night club. It was taken over by MGM who were then taken over by Virgin, then UGC before becoming the Cineworld.

Meanwhile, competition was about to start around the corner (as to say) with construction of a new kind of arts cinema, namely the Harbor Lights Cinema. The Cineworld Cinema - Southampton closed on 9th August 2018.

It opened in 1989 with INDIANA JONES AND THE LAST CRUSADE as the main draw in Screen 1. Then it was Southampton’s premier cinema. Since than it has faced competition from first Harbour Lights, literally yards away, then the Odeon multiplex in Leisure World to finally, last year, the new Showcase Cinema de Lux in the city centre. Now I think it is struggling and is probably the one most likely to close if times get rough.

At opening, all 5 screens were 1.85 with top down masking for Scope films. With digital presentations, I presume the masking has gone but don’t know for sure. At one point, in Virgin’s time, there was talk of redesigning the auditoria and giving them full Scope screens but I don’t think it came to much.

I used to go to there regularly in the 90s but stopped going as the cinema went into a gentle decline and there were better presentations on offer elsewhere. I gather Cineworld are not investing in keeping it up to date, though that comment is heresay.

The cinema is on a stand-alone site so could be redeveloped for other uses when the lease is up. However, a lot of apartment blocks have been built very nearby in recent years so it may remain a popular venue for those within walking distance and confound everyone and survive. I don’t think it is a cinema anymore that people would want to drive to for the experience.

Just announced that it is to close on 9 August 2018. I’m not surprised, it was not up to modern standards.