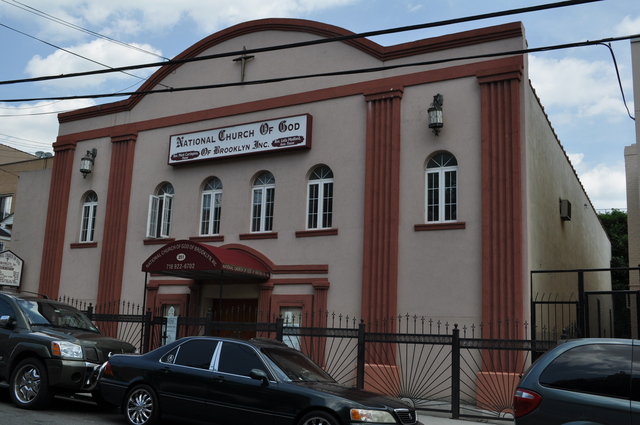 The Miller Theater opened around 1916. It is listed in the 1926 Film Daily Yearbook with a seating capacity of 600. It is no longer listed after 1926. It appears that the Miller Theater was silent era theater only. In 1928 it was converted into a dance hall.

The theater appears to now be a church.

I have a correction to make due to not looking closely & confusing it with another nearby church. I live diagonally across the street from this building & indeed it is a church. When I moved here in 1969, this building was then a supermarket, for some reason, Associated comes to mind.

At that point, there was no decor which would’ve led me to believe that it had once been a theatre. However, whereas the building has been refaced, back then, the external facing indeed looked like that of many neighborhood movies minus the marquee.

I only wish that I had been old enough back then to understand the history that surrounded me, as well as the many theatres which still stood back then. And I wish that I had understood how drastically things would change & how many of those theatres & building would simply disappear in a relatively short period of time.

It’s next to impossible to find any pictures of these buildings & most of the old neighbors whom would’ve had them have either moved away decades ago or are dead.