Silver Screens in the Catawba Valley 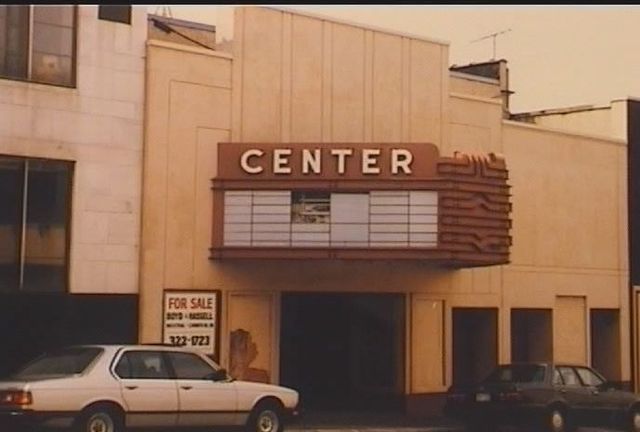 Located downtown Hickory, the Center Theater opened in 1942. It closed in 1972 following a period screening adult movies. It was demolished in September 2007 to make room for a parking lot. It had first run movies, and kiddie days on Saturdays, for only one thin dime.

The Center Theater was segregated until the 1960’s when seating for African-Americans was admitted down on the main floor. Seating otherwise was in a dark dirty balcony. Drinks and popcorn were brought up stairs to the African-American patrons. Ticket windows were seperate from whites. “No Restrooms for Coloreds” was posted on a sign.

There was one African-American theater in Hickory, the Embassy Theater, which featured first rate movies, big bands and dancing girls on Saturday nights.

The Carolina Theater is now the only theater in downtown Hickory.

The architect was Erle Stillwell.

I don’t see a listing for the Embassy here.

The Embassy Theatre opened in 1949. Mr. Henry H. Brown was listed as the Manager of this 450 seat Theatre. This theatre was for people of color. It featured first rate movies, big bands and dancing girls on Saturday nights. The last listing we could find for the Embassy Theatre was in 1958. On a street view map of today the address comes up an empty open field.

Circa 1980 and 1956 photos added courtesy Tom Bollinger. Showed Adults Only films circa 1980. Severn Allen was manager in 1956, per his late son Ken Allen: “He started the Saturday morning kiddie shows in conjunction with the Downtown Merchants Association — essentially low-cost babysitting while the parents shopped. My father was the one who turned Elvis (and Colonel Tom Parker) down. They were working their way to New York where Elvis was scheduled to go on the Ed Sullivan Show. My father had never heard of Elvis, had the theater booked with pictures that week and sent them on their way. When he told the Paramount folks about it on his daily call, they nearly fainted. One of dad’s favorite stories.”