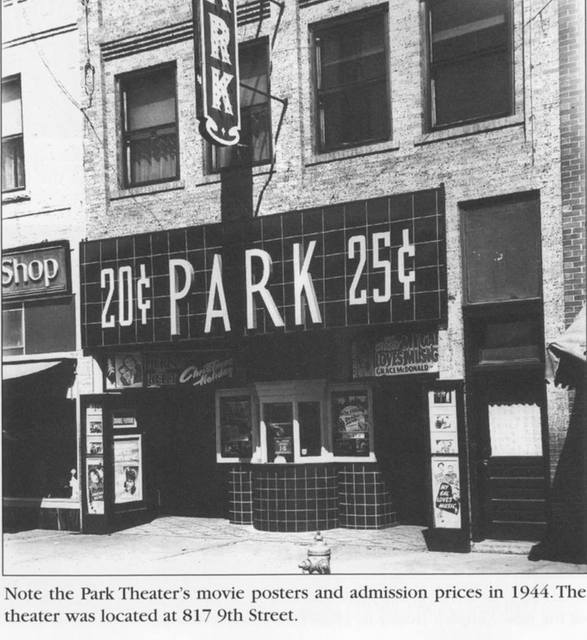 The Park Theatre opened in 1922 in a building originally constructed in 1918 to house a music store. The Park Theatre remained in operation until the end of 1952. The building later became a retail store, and today houses a hair and nail salon.

This was in the Greeley Daily Tribune in January 1930. Robards was the father of the more well known actor Jason Robards Jr.

“The Flying Marine,” the Columbia production, synchronized with music and sound effects is scheduled to play at the Park Theatre, today and Tuesday. Thousands of people stood fascinated in the vicinity of the California Aerial Transport company, as they watched a burning plane flashing like a meteor through the sky dipping and nose diving in sensational stunt flying.

Spectators said that never in their experience had they seen such a thrilling sight. This spectacular stunt and others of flying that is known is featured in “The Flying Marine,” the story of brotherly sacrifice with Ben Lyon, Shirley Mason and Jason Robards. Albert S. Rogell directed.

An earlier Park Theatre operated at 920 9th Street, as listed in the 1914-1915 American Motion Picture Directory.