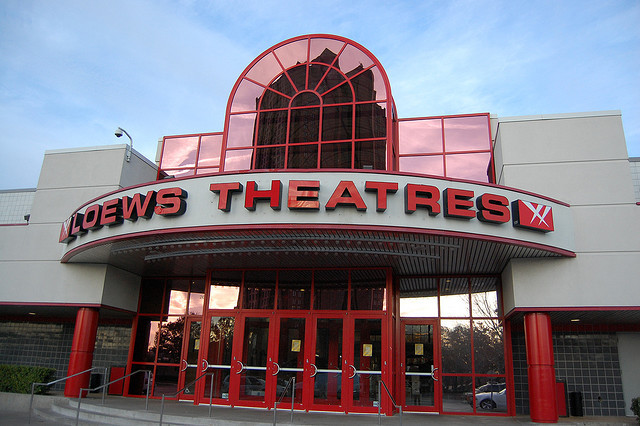 Opened on December 22, 1995, this 14-screen multiplex became part of the AMC Theatres circuit after AMC’s purchase of Loews Cineplex Entertainment.

Is this the one across the street from Target? I was at this theatre back before Christmas. Use to go see previews there. I had no clue they were closed as of this year. But as time went on, I did notice a decline in movie goers there.

This was a wonderful theater & very close to my residence in the Vickery Place neighborhood. The lack of patronage can be credited to all the demolishing of the neighborhoods around the City Place area. Countless numbers of mini mansions & condos are being constructed everywhere for people other than the middle class that have yet to appear. Businesses that cater the these M.I.A. residents are also in the works. Many businesses that catered to the average family have been shut down to make way for the new vision of lower Greenville politicians have. There was no patronage because they were run out town! Truly sad.

There is a proposal to use this the land on which the theater occupied for the construction of a supermarket which implies that the theater has been demolished. Story here View link

AMC built the Northpark, and closed City Place. City Place was fine for the time it was built, but not stadium seated and attracted a loud and crazy crowd.

Very expensive theatre, IMO (At least back then). I really did like glancing at the walls in the hallways when walking to my selected movie, it was very eye-catching. This theatre is now a Studio movie grill as of September 2012.

When Rosebud Properties built the 14-screen Loews Cityplace, it was actually constructing the last non-stadium seating theater in Dallas. As noted by a number of commenters, this property was identical to many Sony properties which followed but the chain said this was the prototype for those theaters. Many theaters which were similar to it, including the nearby Loews Keystone Park project announced just a month after the Cityplace opening, would, however, include stadium seating. The 11-acre theater cost almost $10 million and was built in place of the former Neiman-Marcus warehouse facing the Target complex which, itself, had opened the prior year. Opening with fifty cent preview shows from December 15-18, 1995 (Sony’s Forget Paris, First Knight, The Indian in the Cupboard, The Net, and non Sony French Kiss, Batman Forever, Die Hard 3, Apollo 13, Dangerous Minds, Clueless, Mortal Kombat, Free Willy 2 and Species) and with a grand opening Dec. 22, 1995 (including Sony’s Jumanji, and Dracula: Dead and Loving It, as well as Grumpier Old Men, Heat, Cutthroat Island, Sabrina, Tom & Huck, Toy Story, Balto, Sudden Death, Cutthroat Island, Waiting to Exhale Father of the Bride Part II), the Loews Cityplace was underway.

1995 was the start of the megaplex boom and Cityplace was the last of the megaplexes in DFW to open that year preceded by the AMC Grand 24, the Cinemark 17, the Cinemark Grapevine Tinseltown 17 and the UA Grand Prairie 10 among them. Its auditoriums ranged from a low end 184-seater to the larger 525-seat theaters with about 4,000 overall seats. As a Sony property, the theater was all about synergy: it trumpeted its 5.1 Sony Dynamic Digital Sound (SDDS) system, gave away Sony music cassettes at the opening, offered prize packages with Sony home theater gear and Sony TVs, Sony Walkmans, Sony 8mm camcorders, featured virtually all of Sony/Columbia/TriStar films released, and claimed to be the first theater in Dallas to display 7.1 SDDS. The Cityplace was the first theater in inner-city Dallas since the opening of the O’Neill West End Cinema and the Cityplace siphoned what little business the West End was getting until that theater’s closure in August 2001.

But in 2006, AMC acquired Loews Cineplex and with AMC turning its attention to the nearby and higher-end all stadium-seating NorthPark 15 and with competition from the nearby art houses Landmark Magnolia and Angelika Film Center Dallas, the Cityplace and other Loews properties were in jeopardy. A sign of the times for the area occurred when a car rammed through the window of the theater after it closed and the made off with one item: the theater’s ATM banking unit.

AMC loved some of the Sony/Loews locations in other cities but not so much its Dallas-area portfolio. AMC would close the Loews Cityplace, the Loews Cinemas 20 & 287 in Arlington, and the Loews City View in Fort Worth after the merger and was forced to sell the Loews Keystone Park before the merger could be finalized (it was sold to Regal). Officially, the Loews Cityplace closed forever January 6, 2008 and the theater was bulldozed shortly thereafter as was the Loews 20 & 287. Rosebud Properties owned the Cityplace theater property and had sold it to a developer which turned the space into apartments and retail including an L.A. Fitness. The 12 year plus 3 week lifespan seemed too brief to many who lived near the theater which was still in fairly nice condition upon closure.

The Grand Opening Announcement Snipe Is Also Discovered Online As Well. It Was First A Sony Theater Before Becoming A Loews Theater.