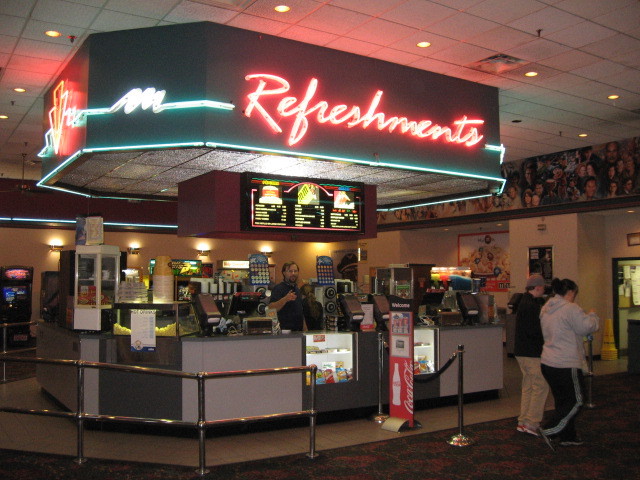 Located in the Bartlett suburb of Memphis, TN. The Bartlett Cinema is part of the Malco Theatre circuit and opened on August 4, 1989. In 2013 it is now the only Malco cinema enclosed in a shopping center, and also their only remaining cinema with this style of subdued entry.

The Bartlett 10 Cinema is, and has been for several years now, a second-run movie house showing films at a nicely discounted price.

I began going to the Malco 10 (as it was then known) in 1990 at age 14. Saw so many films there throughout the 1990s. The first Rated-R theater experience I had was there, TAKING CARE OF BUSINESS. Among my favorite film-going experiences that I had there: GOODFELLAS, JFK, PULP FICTION, SEVEN, CASINO, FARGO, JACKIE BROWN, THE THIN RED LINE… those were some of the high spots during my later teens and early 20s. Great memories.

The Bartlett Cinema 10 opened as the largest cinema in the area on August 4th, 1989. Grand opening ad posted.