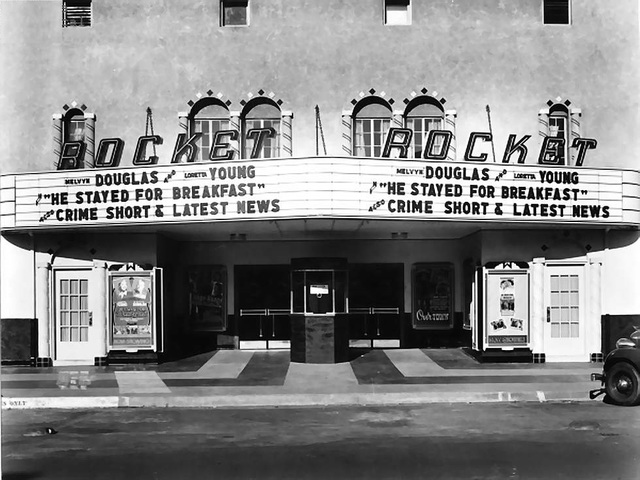 The Derry Theatre was opened as a live theatre on January 19, 1921. On November 11, 1923 it became a movie theatre, renamed Criterion Theatre screening Harold Lloyd in “Why Worry”. On January 19, 1933 it was gutted by fire.

206 Rock Island is now a parking lot. Listing should be changed to demolished.

Mr. and Mrs. Al Derry transformed three existing buildings that had comprised Fryberger’s Store into a new theatre that launched as the Derry Theatre on January 19, 1921. It opened with a live perf of The Mikado. On November 11, 1923, the venue became a movie house known as the Criterion Theatre with Harold Lloyd opening the theater with “Why Worry?”

The Criterion was gutted by a fire on January 13, 1933 that left virtually nothing from the original. After a major rehab, the venue had its relaunch as the New Criterion on May 24, 1934 with an expanded count of 934 seats and Zasu Pitts in “Sing and Like It.” When purchased by Griffith and Consolidated along with the Criterion in 1939, it was decided that the Criterion would receive a streamline moderne makeover patterned after the deco-themed Chicago, Rock Island and Pacific Railroad Rock Island Rocket passenger trains built by the Budd Company during the 1930s. The venue’s August 29, 1940 grand reopening ad as the Rocket with “They Drive By Night” is in photos. It closed in 1958. The building was razed in 1965 for a parking lot.