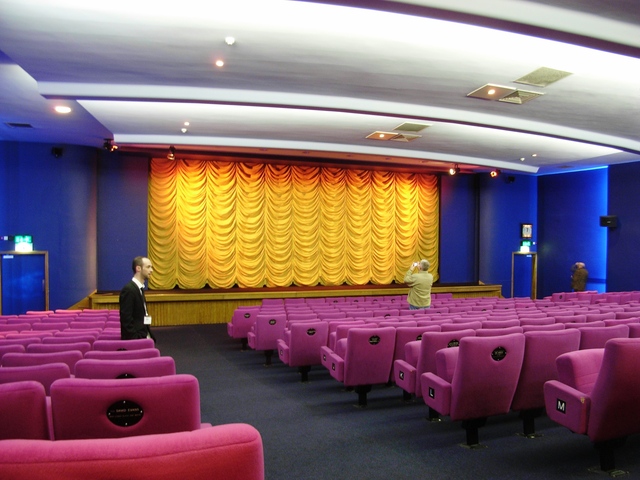 Housed in the Co-Operative Society Educational Building which was built in the 1950’s. This started as the Arts Theatre and from 1957 it went over to screening films when the Nottingham Film Society was formed. It became the 500 seat, Arts Cinema from 1966. From 1988, it’s involvement with the British Film Institute made it one of their regional film theatres, this one known as the Nottingham Film Theatre. It was at this time that it underwent a re-furbishment.

It became the Broadway Cinema from 31st August 1989, re-opening with the film "Enemies - A Love Story". Further up-grading occured in 1992 to bring it up to ‘luxury cinema’ standards and it is now considered the premier art house cinema serving the city and the local East Midlands area. Initially operating in two screens, one seating 250 and the other 155, since October 2006 two further screens have been added seating 100 and 76.