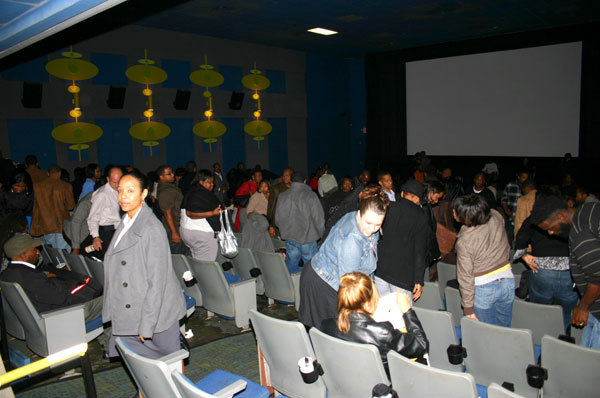 Opened by Interstate Enterprises on December 11, 1987. The Hoyt’s Midtown 8 was the first multiplex cinema built in the midtown Atlanta area. When Landmark took over the lease in 2003 they remodeled and upgraded the cinema into one of Atlanta’s premier venues for foreign and independent films.

This is one of the best places to see a movie in Atlanta. Of course you do not have stadium seating or especially large screens. The catch is that the audience behaves during the movie unlike the mall multiplexes namely AMC Southlake 24.

I love coming here. It’s my favorite place to see a movie. Great films and great seating. They also sell beer and wine. Lots of great restaurants too.

Was this really an old Hoyts location? I hadn’t heard of Hoyts operating in Atlanta.

When Midtown first opened, it was suppose to be a Hoyts theater. At that time Hoyts merged with George LaFont. I think it was called Hoyt Lafont or something like that. Art films were not the primary films shown here at that time.

If I recall correctly this was opened by Interstate Theaters before Hoyts bough them out.

About what year did this open originally?

This opened on December 11th, 1987 by Interstate – Lefont Theatres and taken over by United Artists in 1993. Grand opening ad in the photo section.