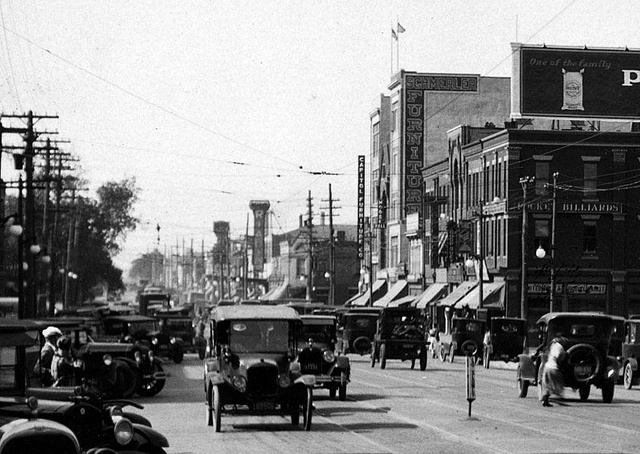 The Rialto Theatre was located on Springwood Avenue, just west of Main Street. It was a small venue, 400 seats or so, and was open sometime around 1900 as the Shubert Theatre, a stage venue, later to become a nickelodeon and grind house. On December 7, 1920 it was renamed Rialto Theatre. It was closed in the early-1930’s, a victim of the Depression.

People who remember the place say it was the "black" theatre of its day, and African-Americans had to sit on the left, whites on the right, and when the lights went down people sat where they wanted to. It later became the jailhouse for Asbury Park.

It is unoccupied at this writing, for rent, although there is nothing to suggest it ever was a theatre. Sound was never installed as far as records indicate.

According to “Asbury Park’s Glory Days: The Story of an American Resort” page 91, this theater was lost to fire in the mid 1920s. It was owned by Walter Reade. He used part of the insurance money to fund building of the Mayfair.

I think the book refers to the fire that destroyed the Main Street Theatre. Although on different streets, they were almost back-to-back. An old photo shows both their vertical signs almost next to each other over Main Street storefronts. See the listing for the Main Street I posted.

December 7th, 1920 grand opening ad in photo section. It was the Shubert theatre.