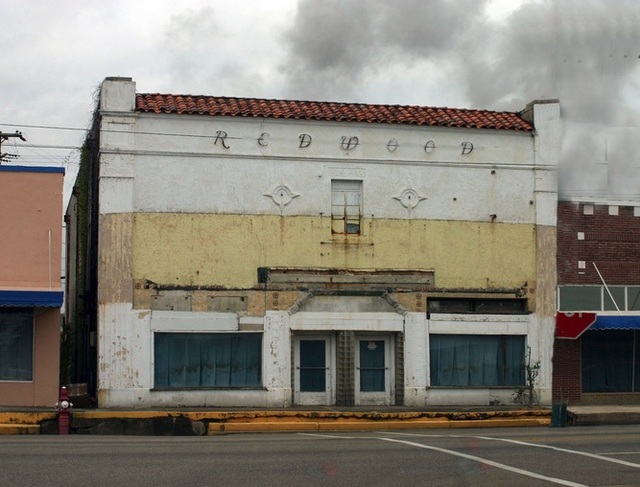 Opened June 6, 1929, the Redwood was initially built for Paul H. Tessier and Pine Tree Amusement Circuit. It was apparently called the Redwood Theatre for its heavy use of redwood inside and out from the local sawmill. The Berenson Brothers, who were also building a theater in town, took on the theater prior to its completion.

Favrot and Livaudais were both architects and builders of the venue. The theatre was downgraded to five days a week operation and closed several times including a nearly two-year stretch. In 1942, it was modernized with cushioned seats, wood paneling and new marquee. It lasted into the television age