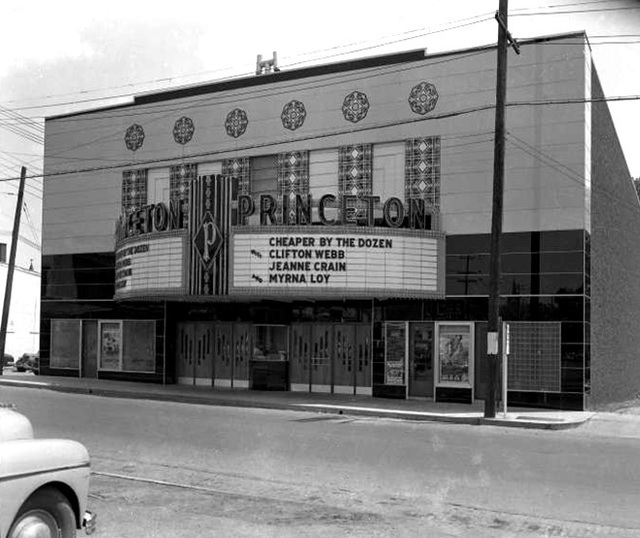 There was a Princeton Theater on W. State Street before World War II. That theater burned to the ground in the 1940’s. The newer Princeton Theater was built by Affiliated Theaters Inc. of Indianapolis, IN on W. Broadway on July 21, 1948 with Bud Abbott & Lou Costello in “The Noose Hangs High”.

It was closed by AMC in July 2011. By 2022 it was inse for live performances by Broadway Players.

It is now an AMC operation. The City of Princeton is offering another theater operator $200,000 in incentives to build another theater as the city is fearful that AMC will close this theater in about a year: View link

The theater is being closed by AMC: http://www.chicagotribune.com/news/chi-ap-in-longtimetheatercl,0,3711700.story

AMC is once again on the warpath towards their older theatres, they also closed the Toler 2 in Benton and the Lory in Highland the same day, July 28,2011.

The city (presumably) has made a real effort to undo the godawful remodel, and this has been open as a performing arts venue since at least 2016. It is home to the Broadway Players. When I came through, the marquee was advertising ‘Dirty Rotten Scoundrels’, but I’m not sure if that was the film or a stage production.

Note that the interior picture is of the wrong theater. It is obviously not an auditorium built after WWII. Probably belongs with the previous Princeton.

Once known as the Princeton One Dollar Theatre.