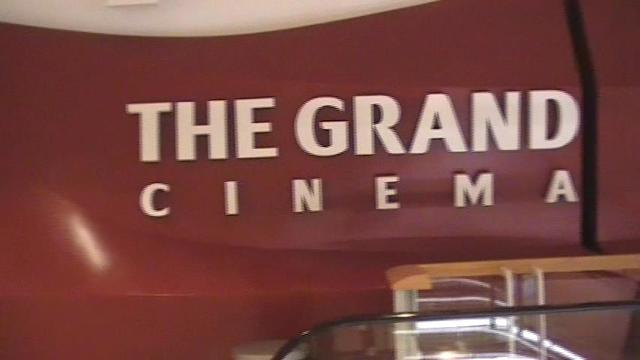 The Grand Cinema is situated in Tsim Sha Tsui on the Kowloon side of Hong Kong. It opened to business on 18th October, 2007 with Tim Burton’s “The Nightmare Before Christmas” in Disney Digital 3-D. The Grand Cinema is the premiere cinematic experience located on level 2 at Elements - the much anticipated high-end retail destination at MTR Kowloon Station.

The Grand Cinema boasts the largest number of screens in Hong Kong, featuring 12 world-class theatres, with a capacity of over 1,600 seats. Its state-of-the-art, ground breaking ‘Infrasonic’ system creates a completely new experience for movie goers with specially designed ‘'vibrating’ chairs and a system that goes beyond mere high quality sound. Now you can see, feel and hear your movie. So get set for a movie experience that is more than its ever been before.

Note: ‘Infrasonic’ system connects the high quality speakers to the special designed ‘vibrating’ chairs; when the chairs senses the infrasound (not able to be heard by human ears) in the movie, the chair will shake, allowing the audience to feel the movie, just like in a real sense.

The cinema also has a cinema-themed cafe, a 4000 square feet restaurant as well as a gallery space for exhibitions or special showcases. It was closed on 1st March 2019. It had re-opened by 27th March 2019 by the Premier Elements of Broadway chain.

It reopened as Premiere Elements of Broadway Chain (圓方戲院)