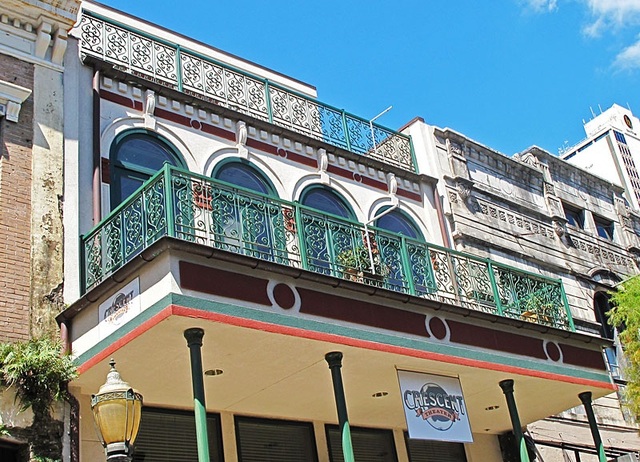 The turn-of-the-century Crescent Theatre, was built as a live theatre. It was one of the first in the city to screen silent pictures. It was remodelled in 1937 in the midst of the Depression with Cooper Van Antwerp as architect, the renamed Century Theater was an ultra-modern cinema that caused culture shock in a city still mourning the South’s defeat in the Civil War.

Derry’s Ole Tyme Cafe did occupy the former Century theater building before the fire. It is now the Crescent Theater as mentioned above. I am a friend to the owner of the Crescent and when it was renovated they took it all the way down to the old slab that was sunk into the ground. Before it was the Century It started as the Crescent Theater and was a Live performance theater. It was also the first theater in Mobile to show silent motion pictures.

We would like to attend a movie there next time we get down there.