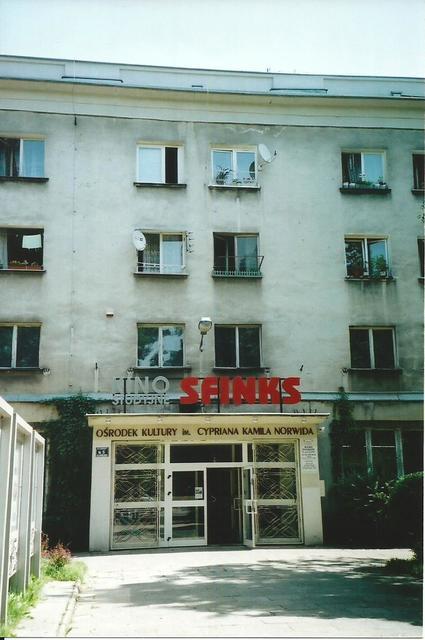 This art house cinema is located within a four-storey block of apartments. Opened around 1960 with 130 seats. It was renovated around 2006.

The notes for the Cinema Theatre Association visit to Krakow in June 2010 said that this was the only cinema still operating in the Nowa Huta industrial district. It opened around 1960, and at that time had 100 seats (having been renovated and re-seated around 2006). It forms part of the C. K. Norwid Cultural Centre, and is incorporated into an apartment block.