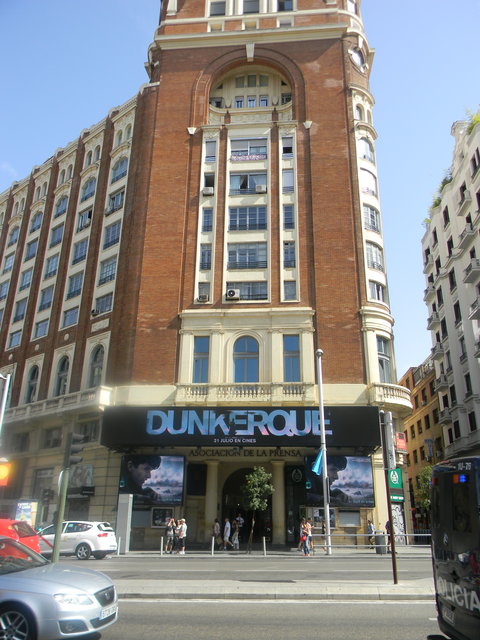 King Alfonso XIII laid the first stone on July 11, 1925 of the Press Building on the Gran Via at the intersection of Plaza del Callao, designed by architect Pedro Muguruza Otano. It took at least two years to finish the building. The cinema, the Palacio de la Presna (the Palace of the Press) opened with a small stage, 1,840 seats, and two balconies, and the screening of Victor Fleming’s movie “El destino de la carne” (The Way of All Flesh) starring Emil Jannings on 2nd January 1929.

Rather than retain its original decoration, the Cine Palacio de la Presna has been modernised inside. Seating capacity was 1,760 seat before the 1991 triplexing. There are now three auditoriums, with a screen in each of the two former balconies, and the other in the orchestra level.

For a view in 1954, see this postcard from my collection here:
View link