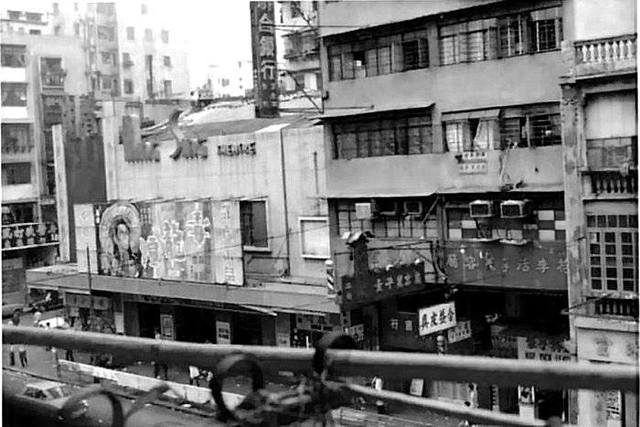 The Ming Sing Theatre was situated in the Sham Shui Po district on the Kowloon side of Hong Kong.

Ming Sing was the Cantonese pronunciation of its Chinese name. The second Chinese character of the theatre was different before and after the WWII, while the first character was the same. Before the war, its meaning was “bright star”, while after the war, it was changed to “clear sound”. Its English name remained the same.

According to the 1927 Hong Kong Government Administrative Report, the building of the theatre was completed in 1927, and the theatre probably opened to business in the same year.

My mother, who lived in the Sam Sui Po district before WWII, recalls that the stalls only auditorium was on the ground floor of the theatre building, and there was a small stage on one side of the wall beside the screen for the interpreters during the silent films era.

It was a neighbourhood cinema and showed selected films until the outbreak of war on 8th December 1941. During the war years, only films censored by the Japanese Army could be shown. According to a news article published by the Chinese language “Wah Kiu Yat Po”, the theatre was still in business as of 17th October 1943.

It re-opened at an unknown date after the war, and showed first run Chinese dialect films until its closure on 1st June 1971.