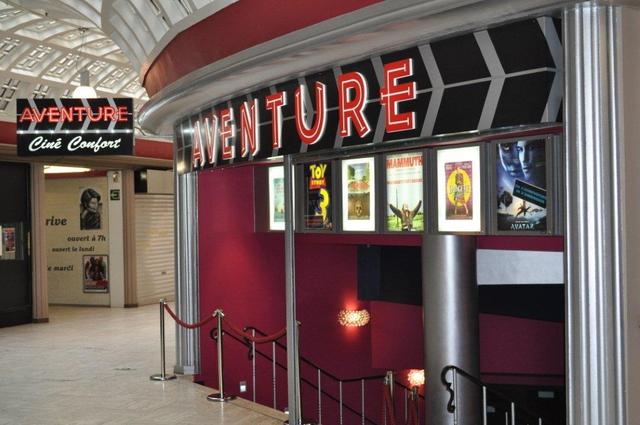 The Aventure Cinema is in central Brussels at Galerie du Centre 57, near the Grand Place. The Gallerie du Centre was built in 1951 on the site of the Coliseum Paramount Cinema which closed in 1948 and was demolished.

The Aventure Cinema opened on 30th October 1953 with James Mason and Hidegarde Knef in “The Man In-Between”, playing concurrently with the Eldorado Cinema and the Acropole Cinema.

It was closed temporary in 2009, and renovated in early-2010 to the plans of architect-designer Daniel Dartevelle. Now operating as an all digital cinema (as well as retaining 35mm capabilities), it offers VIP service in all three screens.

It was an adventure going to work in a theatre,great name.

Trying out my style Mike?