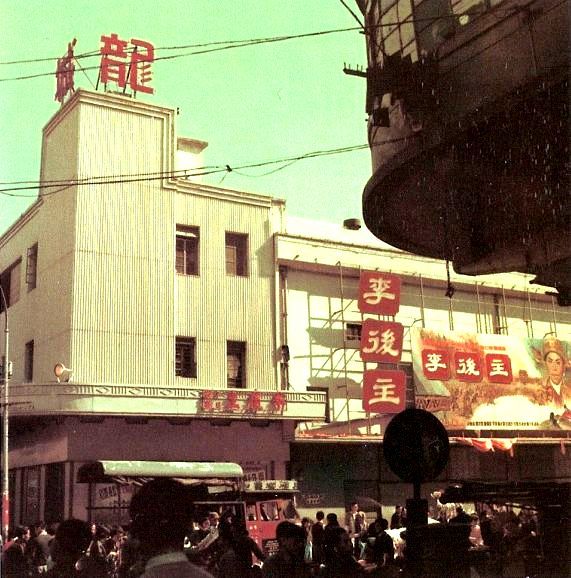 The Loong Shing Theatre was situated in the Kowloon City district on the Kowloon side of Hong Kong. Loong Shing, meaning “Dragon City”, was the Cantonese pronunciation of its Chinese name.

It opened to business on 27th January 1952, and showed first run Chinese dialect films until its closure on 4th January 1973.

The theatre building was partially rebuilt in 1957, when a balcony was added and air-conditioning was installed. It re-opened on 1st September 1957.