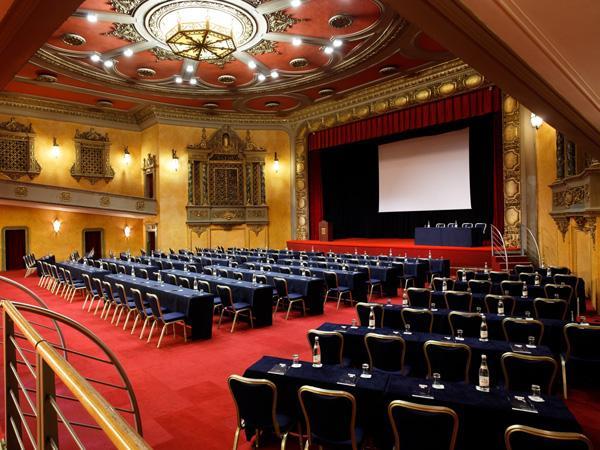 The Plaza et Acropole Cinema was built within the Moderne style Plaza Hotel building that was designed by Belgian architect Michel Polak in 1928. It is located in central Brussels on the Boulevarde Adolph Max, a street that has since been re-named Adolph Maxlann. The entrance to the cinema was located at the left-hand side of the twin-blocked building and originally had a large vertical ‘PLAZA’ sign over the entrance. There was a Plaza Taverne located on the corner of Adolphe Maxlann & Rue de Malines, now the main entrance to hotel. The rear of the building backs onto the former Varieties Theater (Cinerama) around the corner on the narrow Rue de Malines.

The Plaza et Acropole Cinema opened in 1928 and had an interior designed in a Spanish style with many false windows and barley sugar columns. Seating was provided in stalls and balcony. At one time (possibly in the 1930’s) it ran cine-variety shows and the Plaza was equipped with a Wurlitzer 2Manual/4Ranks theatre organ.

After the war, from 1944 to 1949 it was re-named the Churchill Cinema, after which it went back to the name Plaza.

The Plaza closed in 1985 and when seen in 1995 it was in use as a furniture showroom. By 2001 it has been restored and is now in use as part of the Plaza Hotel as a banquet hall and conference facility.