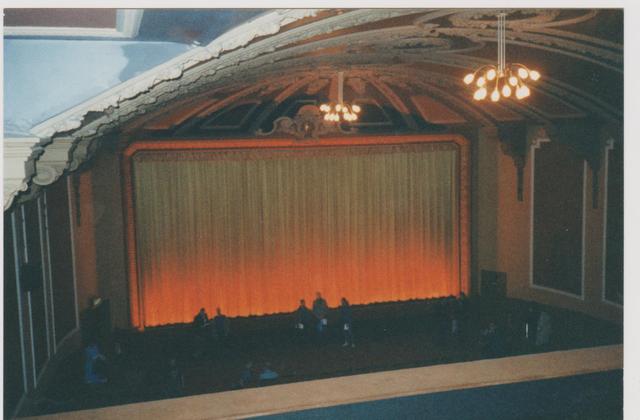 The Bath Electric Theatre opened in late-1910 and had a seating capcity of 220. It was designed by noted theatre architect Bertie Crewe. It closed on 18th April 1920 and was re-constructed by architect Alfred J. Taylor into larger cinema which had 740 seats (540 in the stalls and 200 in the circle). It re-opened as the Beau Nash Picture Theatre on 16th December 1920 and had a Classical style facade in the local Bath stone. In 1929 it underwent further enlargement to have a seating capacity of 1,088.

The Beau Nash Cinema was taken over by Associated British Cinemas(ABC) from August 1929. It operated successfully over the years and in December 1971 underwent a modernisation programme.

The ABC circuit was purchased by the Cannon Cinemas Group in 1985 and the Beau Nash Cinema was re-named Cannon. By November 1990 the circuit had been re-named MGM and so the name of the cinema changed again.

It was taken back by ABC again in the 1990’s and re-named ABC Beau Nash, later being taken over by Odeon Theatres around 2001, it retained the ABC name. When Odeon Theatres opened their new multiplex cinemas on 22nd October 2005, the ABC Beau Nash was closed and boarded up. There was four years remaining on the lease before it would be returned to the council, who owned the building.

In late-2007 it was announce that the empty building was being leased from the council and was going to be re-opened as a comedy club. The building was renovated and re-opened on 13th November 2008 as the Komedia Comedy Club and it also had regular film screenings, but these have now ceased. It also now hosts Film Festivals and live music events.

The Beau Nash Cinema is a Grade II Listed building.

A photo whilst operating as a cinema in 2001 here:–