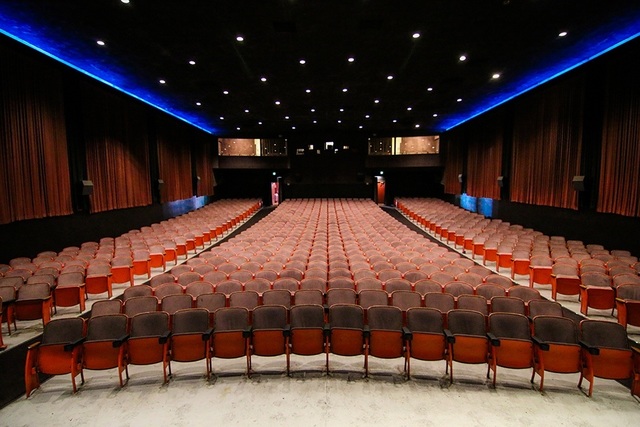 The Park Theatre opened December 11, 1946, and is still a single screen movie house after all these years.

I worked here from 1971 to 1977 under the Park Theater as a young boy into a teenager. I was 11 years old and I was big for my age , I started out cleaning the parking lot before movies to get in free for the Saturday Kid movies , it went from there to cleaning the bathrooms and ash trays , to tearing tickets , stocking and retrieving candy and goodies from the store room that was once upstairs across from the projection room and working the snack bar from time to time when things got really buy. After a while I was doing the markee lettering for a time. I did everything but run the movies , I had the opertunity but passed. They were the old carbon rod burning projectors were you needed to change the reels on Q’s from each other. The Park Theater became my second home away from home , I didn’t make alot of money but the owners Joe and Mary Donato were good to me. I worked hard for them but I was having fun at the same time. I met my first true love there as she worked the box office in 1974. On Saturday afternoon shows they had drawings for bikes and goodies after the double shows were over. I used to get to put the new bikes together. Back then it was 50 cents for the Saturday and Sunday shows. And 1.50 for the adult type movies in the evenings. On some Tuesday nights during the weeks they would have special screenings for the Japanese people , WOW !! this is when you would see 700 people easy !! it was amazing and those people were so nice and I got to see some pretty interesting Samari type movies with english sub-titles. I had a great time at the old Park Theater and met alot of good people , hell !! everybody knew who I was from Gardena to Hawthorne , Lawndale , Torrance. Well High School and that 70s show started to slow me down and I started to find other things that were more important to me . I wasn’t working as much and Joe and Mary wouldn’t be very happy with me. After 5 good years or so , I basically done . They acted like they could care less about me anymore. i guess I can’t blame them anymore , Mary was still kind to me to a certain degree,I remember when the day final came that I came and bought a ticket to get in , they said hello to me like I was just another customer )–: it was weird for me , I loved that place and those people it’s just that my life had changed , there were times I was there 7 days a week 12 hours Saturdays and Sundays and 4 or 5 hours on the week days , IM not complaining about that , I did it because I wanted to.There’s a piece of my heart in that building to this day. I just drove by last week , just don’t want to pay 9 dollars to see how things are inside , Im 51 years old now and I live in Ontario Calif. the last movie I saw at the theater was early 1978 Saturday Night Fever. I have been looking for a picture of the old P Park theater sigh tower that was on top of the building ,if anyone has one I would even be willing to buy it . I have not been able to find a picture of the building on the Internet anyway. Any help would be great. My name is Chris and my email address is . Thank you all so much for letting me share.

There was an article about this theater and digital projection in the LA Times today.

Here is the article:
http://tinyurl.com/3qr39a4

I remember this theater. I saw Easy Rider there – I was under 17 but the Park would let younger folks in – I was probably 16 when I saw it. In earlier days I saw a lot of movies there – it was a cheap second run theater then. I haven’t been by there for along time – last time I was by there it was showing Mexican films only.

I am a retired union projectionist, and on my travels around the country I seek out single-screen theaters. I visited the Gardena a few years ago and liked it very much, except for the fact that they didn’t have a CinemaScope screen. Everything was shown in 1.85:1, which resulted in the edges being cut off on a scope picture.

WOW! I can’t beleive this place is still there. I used to go the movies there back in the mid 50’s. It was .35 cents for a double feature !!! My parents would drop us off there with a dollar and we got candy and popcorn. This is were I developed the fine art of sailing popcorn boxes… I could hit the screen from way back there.. Saw a lot of classics there (The BLOB, War of the Colossal Beast, well a lot of memories…

Hi Everyone. This is Judy, the daughter of the owners of the Gardena Cinema. Thanks for all the info and feedback on our big little theater. As many of you know, my parents are in their 70s and need to retire from the daily management of the business. I’m trying to come up with ideas on how to retire them without selling the place. I really cannot run the business on my own. Any ideas to keep the place running and still allow my parents to break free from the day-to-day business responsibilities?